Home » Other / Miscellanious » Lyrica Cost With Medicare Coverage Gap, and How to Get Around It

Lyrica Cost With Medicare Coverage Gap, and How to Get Around It

Medicare is a US government program primarily aimed at developing the health outcomes of citizens in the United States. This program is highly beneficial and shifts the burden of medical cost to a great extent. However, there are certain stages where this program reduces the benefit levels. One such stage is the Medicare coverage gap. 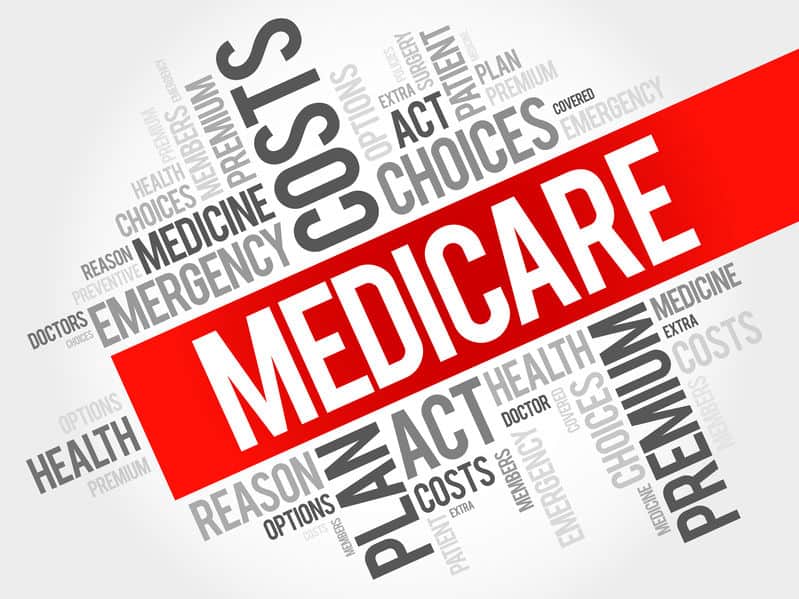 What Is The Medicare Coverage Gap? Medicare coverage gap, known as the “donut hole” is a temporary limit on what the Medicare program will cover for drugs. This is reached after your drug plan has spent a certain amount covered for drugs, as of 2019 this amount was $3,820. At the coverage gap, the cost of drugs one pays increases.

However, for you to get a clear understanding of this topic, it’s important that we start with the basics. Below is a complete guide – starting from what Medicare is to what a coverage gap means, how it works, how to come out of the gap and more.

Medicare is a health insurance program sponsored by the US government for its citizens and legal residents (of at least five years in a row) who are 65 years old or more.

Those who qualify by disability or certain conditions, such as end-stage renal disease (permanent kidney failure that requires continuous dialysis treatment or any kidney transplant) or those with Lou Gehrig’s disease (amyotrophic lateral sclerosis) are also considered eligible for this program. Including Part A (hospital insurance) and Part B (medical insurance), and the basic Medicare program is called “Original Medicare”.

What Does Medicare Cover 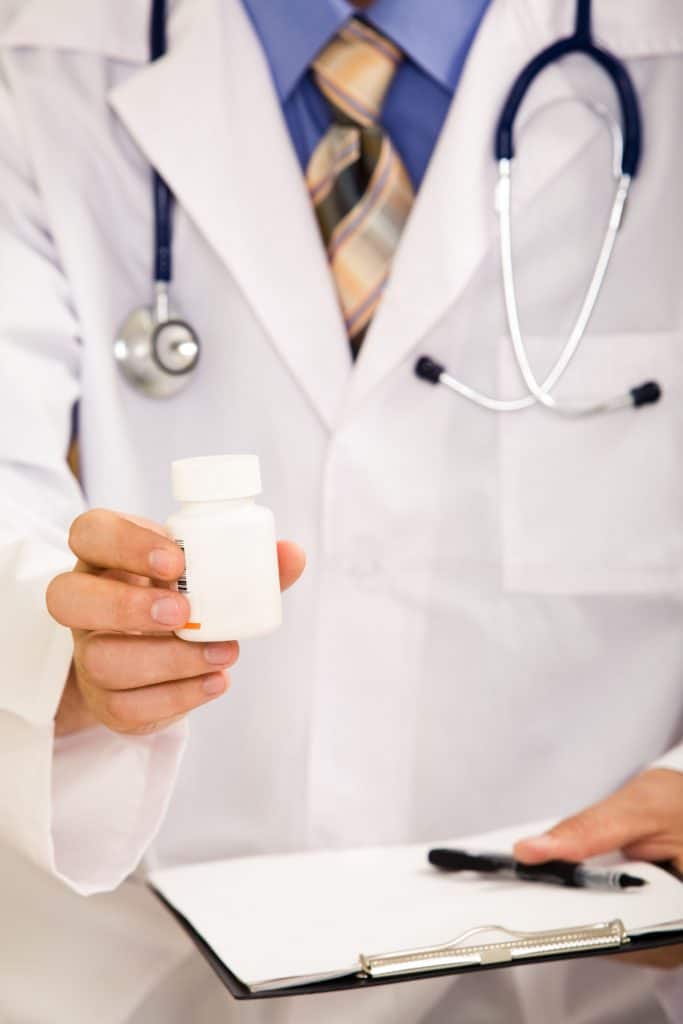 What Medicare covers means is that Medicare pays at least a small portion of a service or product. However, these payments are bounded by specific conditions.

Most of the time Medicare covers those that are delivered in a Medicare-enrolled facility by a Medicare-assigned provider. Medicare coverage is structured into different parts. This will specify clearly what Medicare covers for each part, including Lyrica. Below are the Parts of a basic Medicare program and what it covers.

Now that you know about the basic Medicare program and what it covers, it might be useful to know how to get it as well.

How To Get Medicare

There are no complications in getting into a Medicare Program. In fact, if you are already receiving Social Security or Railroad Retirement Board retirement benefits, it automatically enrolls the person for Medicare – after reaching the age of 65.

Similarly, if you are classed as differently-abled, the enrollment for Medicare is automatically done after reaching the 25th consecutive month of receiving disability benefits. For someone under the age of 65 experiencing amyotrophic lateral sclerosis (also known as Lou Gehrig’s disease) or end-stage renal disease (ESRD) may also qualify for enrolling in Medicare.

When you are enrolled for a basic Medicare program or the Original Medicare (with Part A and B), you may have options for several plans such as Medicare Part D Prescription Drug Plan and/or a Medigap plan. You can also enroll in a Medicare Advantage plan. However, these plans are subject to different enrollment periods.

Now that you are aware of the basics of this program and how it works, let’s get into the real topic.

Like said above, the Medicare coverage gap is the “Donut Hole”. This is a stage in the Medicare program part D, after the amount of cost you and the plan you chose to pay for your Lyrica drugs, for example, or other medications, reach a specified limit or amount. For most of the Medicare plans, this specified limit or amount stands at $3,820. At the Medicare coverage gap, if we’re talking about Lyrica as an example, then the beneficiary pays more for the drug, creating a lack of benefit in the coverage. This is why it is called the “Coverage Gap” or the “Donut Hole”.

While this surely reduces the coverage or benefit expected out of the plan, recently the government has lowered this gap. This is where the federally funded discounts help you pay for the drugs at the donut hole.

When it comes to generic drugs (of which we don’t supply as we only deal with brand-name drugs), the government also provides a discount. This thereby shifts the remaining percent of the generic drug cost to you.

You are required to pay a rate of only 25% for brand-name drugs now because the federal legation closed the donut hole in 2019.

However, despite the closing, you may still be able to experience a difference in the initial coverage period and the donut hole.

For example, if your Lyrica drug costs $100 and according to your plan may pay a $20 copay during the initial coverage period …on the coverage period gap you might end up paying $25 (25% of the total drug cost of $100).

The government also has plans for closing the donut hole for generic drugs in 2020. This will shift the majority of the generic drug cost burden. Approximately it is expected that you may have to pay only 25% of the cost of your generic drugs. 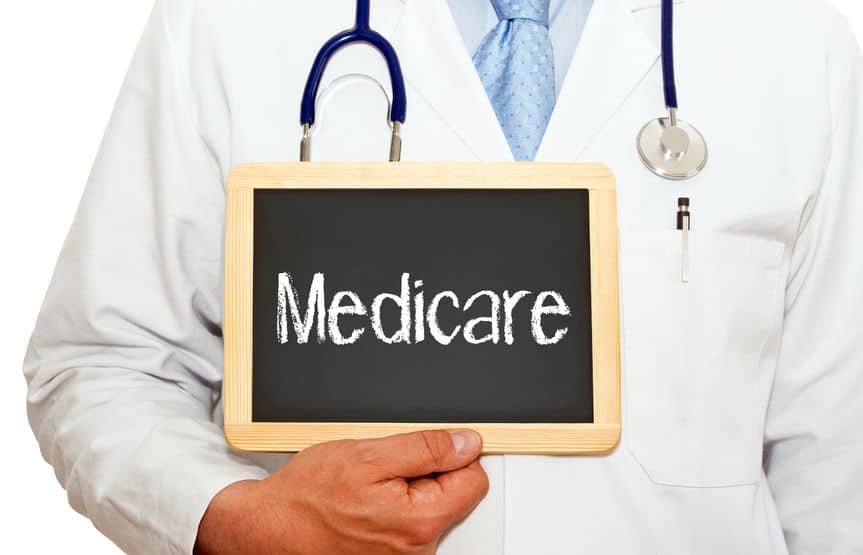 Part D of a Medicare program is offered by a private company. This can be offered as a stand-alone plan, for those enrolled in Original Medicare. Part D can also be offered as a set of benefits included within the Medicare Advantage Plan. The Part D coverage usually goes through 4 phases, which eventually passes through the coverage gap. The phases are….

Under this deductible phase, you are responsible for bearing the negotiated price for the drug covered under the plan. The deductible amount can vary from one plan to another. But again no deductible plans can be higher than $415 in 2019. Sometimes, some plans might not have a deductible at all.

Once the deductible is passed, the coverage will enter the initial coverage period phase. This is where your plan will actually start paying for your covered prescription drugs.

In this stage, your plan will pay a certain amount and you will pay a copayment or coinsurance. The duration that you will stay in this stage depends on the drug cost and the benefit structure, so for Lyrica, you would specifically need to enquire.

It is only after reaching the specified accumulated sum of total drug cost in the initial coverage period, the coverage then passes to the coverage gap phase (donut hole).

As mentioned in how a coverage gap works, in this phase the plan does not pay your drug cost. In this phase, you are responsible for bearing the drug cost yourself, in our example case, that would be for your Lyrica of course.

Fortunately, the latest health reforms have created federally funded discounts. These discounts help you pay for the drugs at the coverage gap phase. And as mentioned, as of 2019, there is a 75% discount on brand-name drugs (the remaining 25% is your cost).

This is the final phase of part D coverage. This stage is reached once you pay a sum of $5,100 as out-of-pocket costs for covered drugs.

This sum consists only of the total amount you pay for the Lyrica or other medication, and not the amount you and your plan paid. At the catastrophic coverage phase, the benefit is high.

This is because, at this stage, you will be responsible for paying significantly lower copays or coinsurance for the covered Lyrica drug. This low pay extends for the remainder of the year.

As an indication, the following is the breakdown of Lyrica’s cost that passes through these four phases as an example – although figures may, of course, vary.

So, a coverage gap (donut hole) will only be reached after two phases under the part D Medicare plan. It is in fact after reaching a sum of a specified amount at the second phase i.e. initial coverage period, that you will face the coverage gap.

What Can You Do About The Medicare Coverage Gap

The best thing and possibly the only thing you can do about a Medicare coverage gap is to keep track of the out-of-pocket costs for covered drugs – Lyrica in our example case and only the amount you have paid.

This is because at the catastrophic coverage phase you pay a significantly lower cost for your covered Lyrica or other medication.

So, let’s focus on the out-of-pocket cost that you can accumulate in the coverage gap stage, which will easily ‘help’ you reach the catastrophic coverage phase.

On the other hand, it is also recommended that you consider the costs that will not allow you to reach the catastrophic coverage phase easily.

It is also important to remember that at the catastrophic coverage phase you will pay 5% of the cost for each of your drugs. Or sometimes $8.50 for brand-name drugs – whichever is the greater of the two amounts.

It’s a shame that the Medicare program offered by the government aimed at the more financially-challenged citizens goes through a coverage gap, also known as the “donut hole”. This stage is, unfortunately, something many people might not expect to experience in a program focused on those who are financially disadvantaged.

This is because, under the Medicare coverage gap, the enrollees of the Medicare program end up getting no coverage. This means that the cost the enrollee will have to pay for the drugs (Lyrica in this case) covered under the plan is significantly high.

Although nothing much can be done in avoiding this least beneficial phase, you can focus on reaching the catastrophic coverage phase. This is a phase where the plan will pay for the majority of the drug cost covered under the program.

That said, the government has introduced a discount program to help people at the coverage gap stage. This has thereby reduced the burden of bearing the majority of the drug cost in the coverage gap phase.

If you have any questions about how Prescription Hope can help you, then visit our website here. If you’re having trouble affording any of the medications you’ve been prescribed, contact us, or visit the enrollment page to create an account and fill out an application to start saving.