Over the year’s insulin prices have skyrocketed, making it difficult for patients with diabetes to afford this life-saving medication. Vials of insulin back in 2001 would cost an individual about $40. That same vial of insulin is about $280 today.

The American Diabetes Association estimates that nearly 7.4 million people with diabetes depend on insulin to treat their condition. So, what’s the solution to the rising cost of insulin? A step in the right direction was made back in May of 2019. Colorado implemented a law that would put a cap on insulin prices.

Throughout this article, we’ll discuss the insulin price cap and which states have proposed implementing this law. This is crucial, as it would aid in allowing patients living with diabetes to live healthier and more fulfilling lives.

Why are Insulin Prices so High? 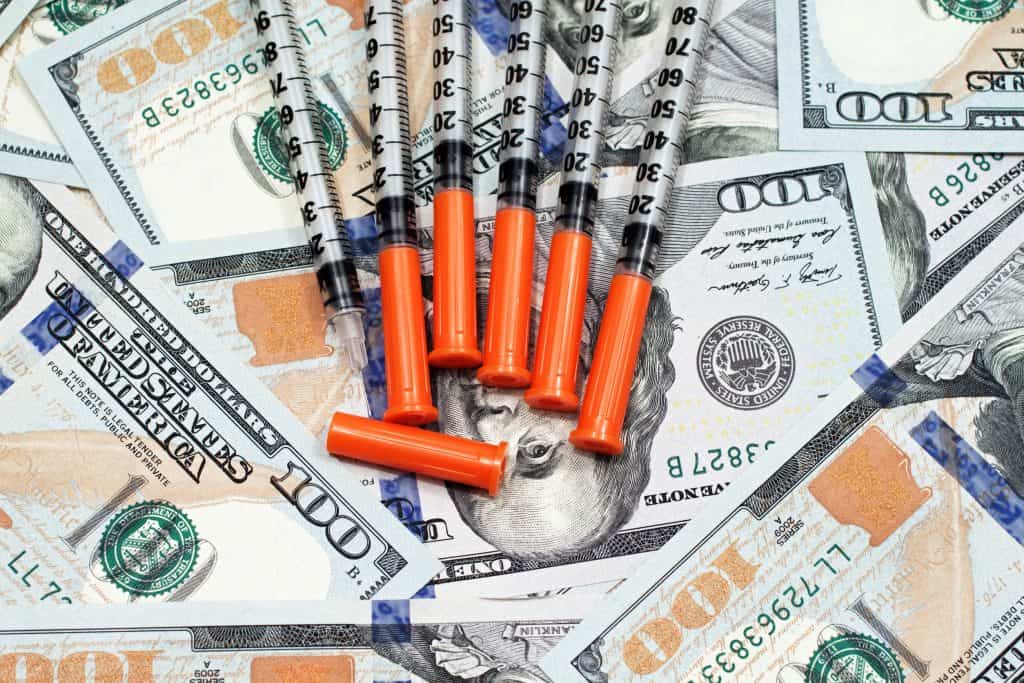 There are a few reasons as to why insulin prices have increased over the years. The first is a simple economics reason.

It comes down to supply and demand. With the number of people with diabetes increasing, the more insulin is needed. A significant factor here is that many people with diabetes can only treat their condition with insulin. So, there is no substitute for insulin therapy for the growing number of diabetics in the country that require insulin. Therefore, regardless of the price, individuals have to pay up if they want to survive.

Another reason behind the increasing price of insulin is the desire for pharmaceutical companies to make a profit. The manufacturers of insulin have patents on the medication. This prevents generics or biosimilars from being created by competitors.

Often the manufacturer will make a minor change to the formula or to the way the drug is administered when the patent is nearing expiration. The slight change in the formula allows for the patent to be extended. When a formula of insulin is slightly changed, it is promoted as a new and improved version. This not only extends the patent but also drives the cost of the product up even more.

On top of this, there are only three main manufacturers of insulin. The manufacturers include Sanofi, Eli Lilly, and Novo Nordisk. When you only have a few producers of this life-saving liquid, the market is controlled by the producers.

Creating insulin is also not done overnight. The creation of insulin takes time and research, which costs money. Test and studies also need to be done to prove the efficacy and safety of the medication, which again, cost money. For the pharmaceutical companies to make a profit without going under, they need to charge a higher price on the product to cover the cost.

Even with insurance, insulin can still cost hundreds of dollars every month. And this is just for insulin! Think about all the other supplies that a person with diabetes has to purchase. They need test strips, lancets, a glucose meter, glucagon, syringes, needles, and the list keeps going. According to the American Diabetes Association, an American with diabetes will spend about $16,000 to $17,000 a year on medical expenses with about half of that related directly to managing diabetes.

The rising price of insulin has dramatically impacted the lifestyle of individuals with diabetes. Those that have struggled to afford their insulin needs have had to ration their supply of medication.

This is extremely unhealthy for someone that has diabetes, making the insulin price cap a significant need.

Here’s the thing. Many people believe the misconception that those with diabetes only need to worry about the amount of carbohydrates consumed. So, if that’s the case, then rationing insulin would mean just limiting the amount of carbs one eats.

I wish it were this simple. A person’s blood sugar can be dramatically affected by other factors, such as other foods like fat and protein, dehydration, stress levels, physical injuries, certain medications, smoking, or tiredness. Therefore, a person with diabetes cannot control their blood sugar just by simply eating fewer carbohydrates. 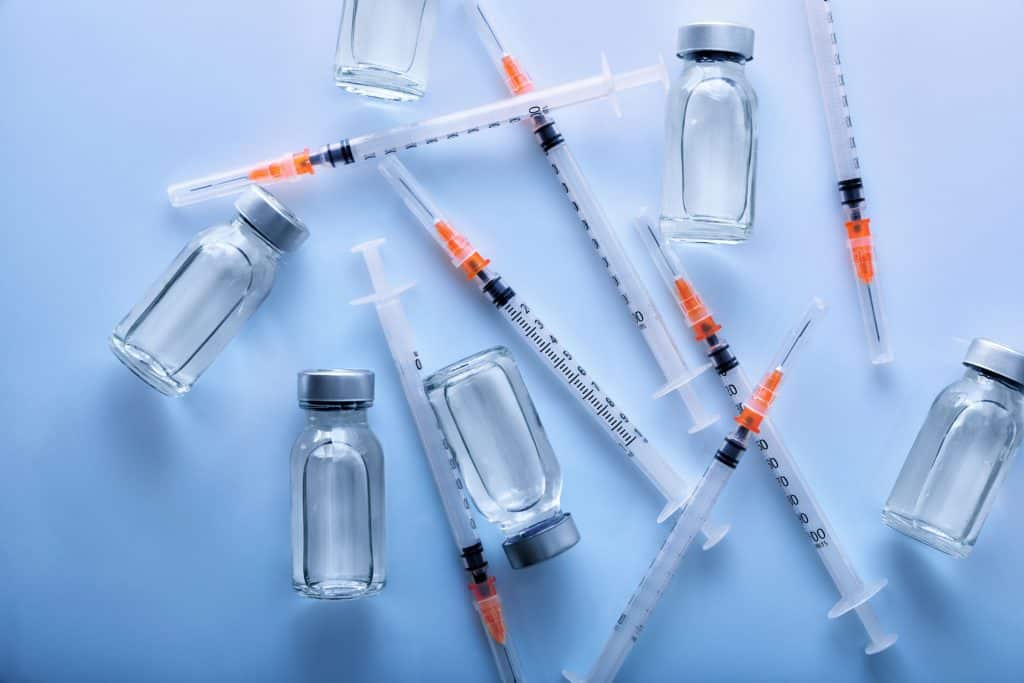 When a person decides to ration their insulin, they are putting their health on the line and risking their lives.

According to Colorado Public Radio, a 26-year-old man died due to diabetic ketoacidosis. They believe he was trying to ration his insulin because he could not afford the $1,300 a month for insulin. Family members found his insulin pen empty. His blood sugar was more than likely extremely elevated for days or even weeks.

Those with diabetes are in great need of insulin price caps, as insulin is a life-saving drug. There is no other option for type 1 diabetics and some type 2 diabetics.

Colorado was the first state to propose the insulin price cap law back in May of 2019. The governor of Colorado, Jared Polis, signed the law into effect in May which stated that the insulin co-pay would be capped at $100.

The Colorado insulin cap is for insured patients only and states that the cap remains in place regardless of the amount of insulin needed. The insurance company would have to absorb the rest of the cost.

On the backside of the Colorado law, there are concerns about the insured population paying higher premiums due to the law. The fact of the matter is that the costs have to be absorbed somewhere.

Many advocates for lower insulin costs have commented, saying that this law is not enough and won’t get to the root of the problem. Yes, it may benefit some, but the only way the issue will be resolved is if the actual cause of the problem is brought to light.

What is the Insulin Price Cap?

The insulin price cap is a law defined as capping co-pays for insulin at $100 a month regardless of the amount of insulin an individual needs within a 30-day period.

It is important to note here that this law will only be beneficial for patients that are insured. Unfortunately, the insulin price cap will not affect those that do not have insurance.

So, the bill to cap insulin prices is a step in the right direction, but it is believed a lot more needs to be done to truly help those that are insulin-dependent.

What States Have Capped Insulin Prices?

Illinois followed in the footsteps of Colorado by signing the bill into law in January of this year. The law for Illinois will not go into effect until January of 2021, though.

Other states have proposed bills or are signing petitions similar to the laws in Colorado and Illinois. These states include Florida, Tennessee, Washington, Massachusetts, Michigan, New Jersey, New York, Ohio, Pennsylvania, and Wisconsin.

As time goes on, you will see other states across the U.S beginning to head in this direction.

What Does This Mean for Those with Diabetes?

Unfortunately, the insulin price cap appears only to help a limited number of individuals. The truth of the matter is that insulin prices, along with other medications prices, have gotten way out of control. This makes creating a solution difficult. It’s been years of prices continually going higher and higher. Therefore, it may take years to undo this effect and regulate drug costs.

These laws do provide some hope for those that are insulin-dependent. The hope is that more regulations will come into place to keep insulin, and other life-saving medications, at an affordable cost.

Some patients may qualify for specific programs. For example, many pharmaceutical companies, such as Novo Nordisk, offer patient assistance programs. These programs are for individuals that are within a certain income range and cannot afford their medication.

Prescription Hope utilizes programs offered by pharmaceutical companies to help patients afford their medication. The programs can be complicated to apply to, and the companies are sometimes difficult to work with. Prescription Hope does the work for you so that you can worry less and pay less.

The Future of Insulin Prices

It is unclear where insulin prices will be in the future. However, it appears that more and more states are leaning towards implementing the insulin price cap law.

Individuals are advocating for lower-cost insulin and for health plans to come into place that would help patients that are both insured and uninsured. However, only time will tell what the future holds for insulin prices.

If there is more competition within the market, then the price may be driven down also. However, the patents on the insulin produced by the three leading manufacturers make it extremely difficult for competition to get involved.

Perhaps, there need to be stipulations placed on the patents, so that competition can enter to bring the cost down. Policy and plans need to be in place that would promote competition.

The solution to lowering costs on medications is not so simple. No one seems to have a clear answer or plan as of yet, but at least steps are being made.

If you are one of the individuals struggling to afford your insulin or other medication, then Prescription Hope is here to help. We understand that the cost of diabetes care is at an all-time high and something must be done now.

Prescription Hope works with 180 pharmaceutical companies to help provide you with the medication you need at a set, affordable cost. Enroll with us and pay just $50 a month for each of your medications.