Diabetes Jokes – A Diabetics Response, Funny or Not Funny?

In this article, we’ll give some examples of diabetes jokes that have been tossed around, and I’ll provide you with my response as I am a type 1 diabetic. We’ll also talk about if it is ever appropriate to make jokes about diabetes and if those with diabetes should be offended. 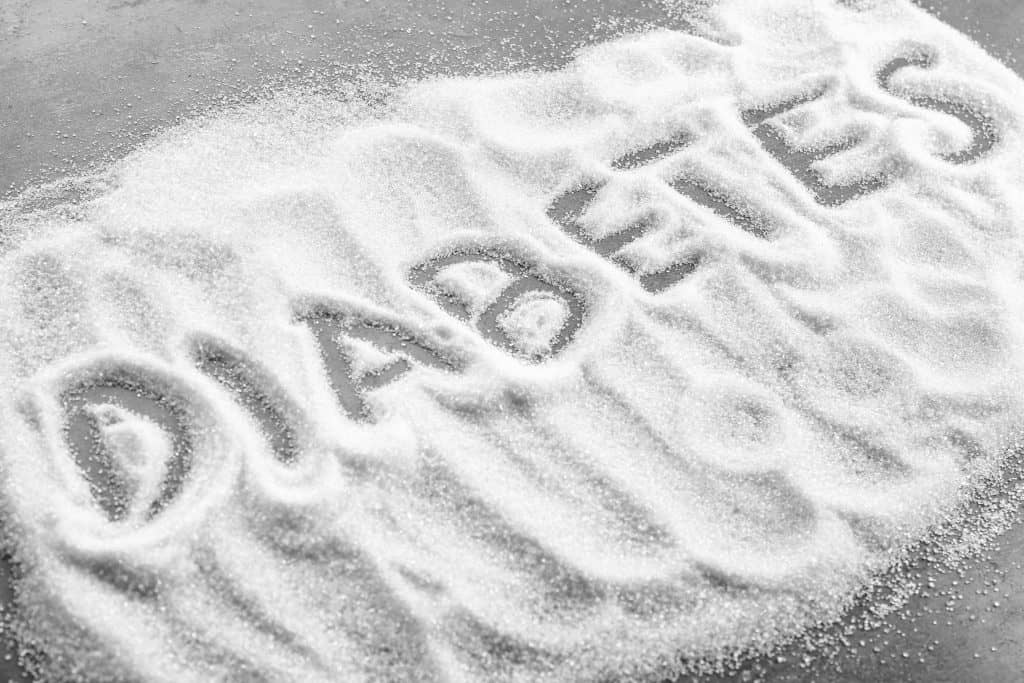 There have been a couple of jokes made by well-known people over the past few years. Some people found them to be hilarious while others found them to be offensive. Here’s my response to the diabetes jokes as a type 1 diabetic.

During a Saturday Night Live episode, this comment was made – “McDonalds has announced it will be offering two new versions of the Big Mac. One for each type of diabetes.”

My initial reaction is to chuckle at this. But then I take a second and realize what this comment really does. Not only is it potentially hurtful to some, but it’s spreading false information about diabetes.

There are people and organizations that have spent years trying to shift the mindset of culture. Trying to help people realize the differences between the types of diabetes, and this one comment destroys those efforts.

It is important for the public to understand the differences between the types of diabetes, as each is treated differently and impacts individuals differently. One can be prevented, and one cannot.

The more that false information is spread about the disease, the less likely it will be taken seriously.

On top of this, there is more than just two types of diabetes. Let’s not forget about gestational diabetes, prediabetes, and the subtype of type 1 known as latent autoimmune diabetes in adults (LADA).

In 2017 Jimmy Kimmel released a tweet that said, “Thank you for the cookies Kelly – you are sweeter than diabetes.”

Let me preface this by saying that I love Jimmy Kimmel’s show and I don’t believe he meant any harm with this statement.

However, a statement such as this is ignorant and hurtful to so many. This, just like the joke from SNL, is implying that diabetes is caused by eating too much sugar. Again, this leads to misinformation being spread, which only leads to harm.

I know many people who have diabetes that are sick of being at the butt end of jokes. They have experienced too much pain to sit quietly at a statement like this.

If you go on Instagram or Twitter and search for the hashtag #DiabeticComa, you’ll find countless pictures of food. Individuals use the hashtag to provide comedy to the picture of their food. But the harsh reality of it is that diabetic coma is very real.

I was on the verge of going into a diabetic coma when I was diagnosed, and it wasn’t from eating too much junk food. My body was attacking itself and I wasn’t aware of it. My blood sugar had risen so high that doctors questioned how I was still walking. One of the scarier moments of my life was when I had a doctor call me and tell me that if I fall asleep with my blood sugar as high as it is, then I might go into a diabetic coma.

It is disappointing that so many people can make this a lighthearted joke without realizing the pain so many individuals are going through. Also, little do they know that as a type 1 diabetic, that cookie they are taking a picture of has saved my life more than once.

There are times where I must seek out foods such as that to keep my blood sugar from dropping too low. If my blood sugar gets too low, then I can have a seizure which can be fatal if it is not treated right away.

I have seen this joke, or a joke like this tossed around on the internet often. I’m a bit indifferent to it, but I also have fairly thick skin and try to not let these comments bother me too much.

What bothers me the most though is the spread of misinformation. This joke, like the others, is implying that a person gets diabetes from eating too much sugar. Unfortunately, type 1 diabetes is looped into this and people start asking if I ate too much sugar as a kid.

And suddenly I am to blame for having diabetes when type 1 is an autoimmune condition. People don’t have the correct information and they just assume that my lifestyle contributed to the onset of my diabetes.

And to make this joke referencing type 2 diabetes is still wrong. There are other factors at work when it comes to the onset of type 2 diabetes, not just how much sugar a person is consuming. Environmental factors and family history are involved as well.

Is it Okay for Diabetes Jokes to be Funny?

Diabetes jokes can be funny, depending on who is saying the joke and what the context is.

Perhaps, the diabetes jokes that are the funniest are the ones that are said by people with diabetes. I am a type 1 diabetic myself and I have made many jokes about my own condition. My friends tend to get a good laugh out of this because they know I’ve embraced my condition and am open about it.

Diabetes jokes tend to lose their humor when the person that tells the joke is ignorant about the condition. Either they are unfamiliar with the severity of this condition or they have a misconception about the differences between type 1 and type 2 diabetes. Therefore, the joke typically stated isn’t even remotely factual.

A diabetes joke may be funny if the person stating it has a good relationship with a friend or family member that has the disease. This, however, does still depend on the context.

The answer to this question seems to be subjective and I can guarantee that there are many people with diabetes that will not find any joke related to their condition funny.

Should Those with Diabetes be Offended? 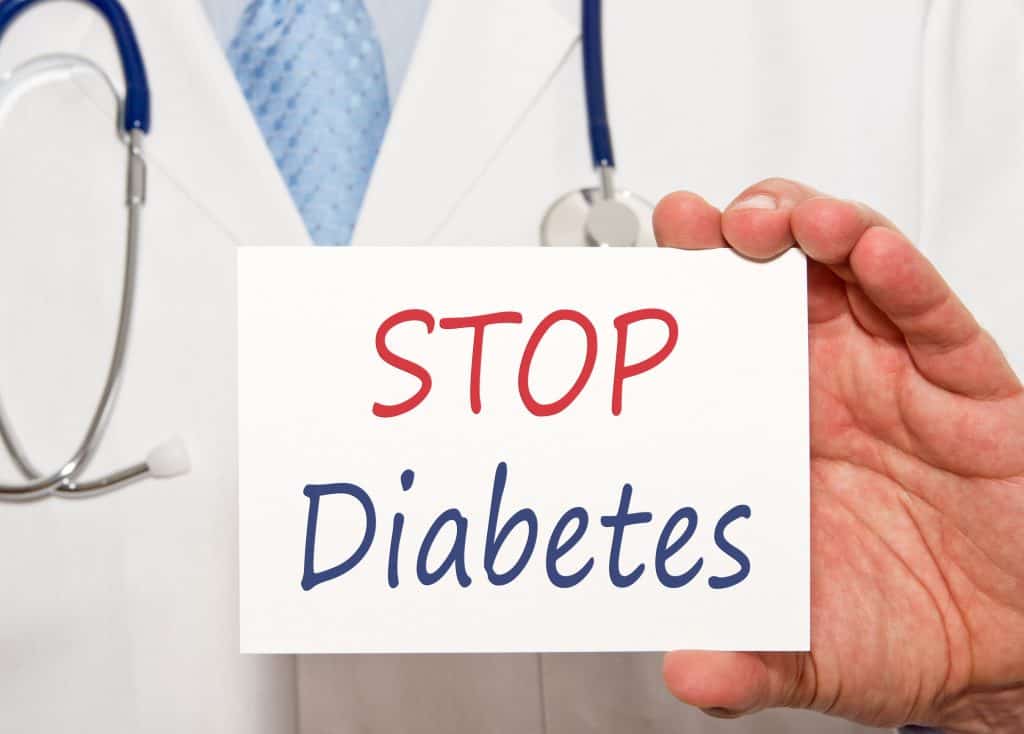 This question again depends on the context. Some close friends of mine and even my wife will make some jokes about diabetes that I’ll get a good laugh out of. I’m not offended at all when it’s in this context. I know their heart, and I know they aren’t serious.

However, if I hear someone say a joke and I don’t have a relationship with them and the joke was ignorant, then I can get frustrated. The frustration typically comes from me knowing that the person that just said the joke has no idea the pain I’ve gone through with this condition.

On the other hand, my close friends have seen the pain I’ve experienced with this condition. And if they say a joke, they end with, “I’m sorry” which makes it even funnier for me.

I believe that those with diabetes have the right to be frustrated and offended by some of the jokes said. This disease is relentless. The World Health Organization estimates that nearly 1.6 million people died in 2016 due to diabetes.

We often forget the severity of this condition and the impact it has on those around us.

When is it Appropriate to Make Diabetes Jokes?

If you look around at the culture you will see a narrative. The narrative is that diabetes seems okay to joke about, but don’t even think about joking about cancer. Right?

Cancer has claimed the lives of too many, and nearly everyone has been affected by cancer, whether that’s directly or indirectly. That makes this a condition that is serious and should not be joked about.

But, is diabetes not similar to that? No, the condition may not be as aggressive, but still. The condition has claimed the lives of millions and there is still no cure. So, is it ever appropriate to make jokes about diabetes?

I’ll leave it up to you to answer that question, as I think it varies from person to person. For me personally, I can brush the comments off…most of the time.

We hope that this has given you some insight into diabetes jokes and the harm that they can do. If you are reading this and are not diabetic, then make a stand for those in your life that have diabetes. It’s best not to make any jokes about this condition, as it is affecting millions.

Contending with diabetes, or any medical condition for that matter is difficult. It can be stressful and financially strenuous. The team at Prescription Hope understands this and is here to help.

By working with 180 different pharmaceutical manufacturers, we help provide you with the brand-name medications you need at a set, affordable price each month. Enroll with us to find out if you are eligible to pay just $50 a month for each of your medications.