Home » Prescription and Medication » Cialis vs Levitra – How They Work, Side Effects, a Guide

Cialis vs Levitra – How They Work, Side Effects, a Guide

Two of the most common erectile dysfunction medications include Cialis vs Levitra. Both of them belong to the PDE5 inhibitors family of drugs and help promote blood circulation towards the penis.

At the same time, there exist a couple of key differences between Cialis and Levitra, such as their recommended dosage, potential side effects, and drug interactions. So, in this article, we’re going to discuss Cialis vs Levitra.

Here’s the quick takeaway answer, then we’re going to delve into the main differences between the two.

Cialis vs Levitra – Each of these is designed to provide the same purpose in addressing erectile dysfunction. However, side effects can vary between both, and dosage is also a varying factor.

According to the Urology Care Foundation, erectile dysfunction is among the most common sex problems that men report to their doctor and is quoted as affecting as many as 30 million men in the USA!

Erectile dysfunction (ED) is characterized as a difficulty or inability to achieve or maintain a penile erection. Most men opt for oral ED medications to help counter the issue. 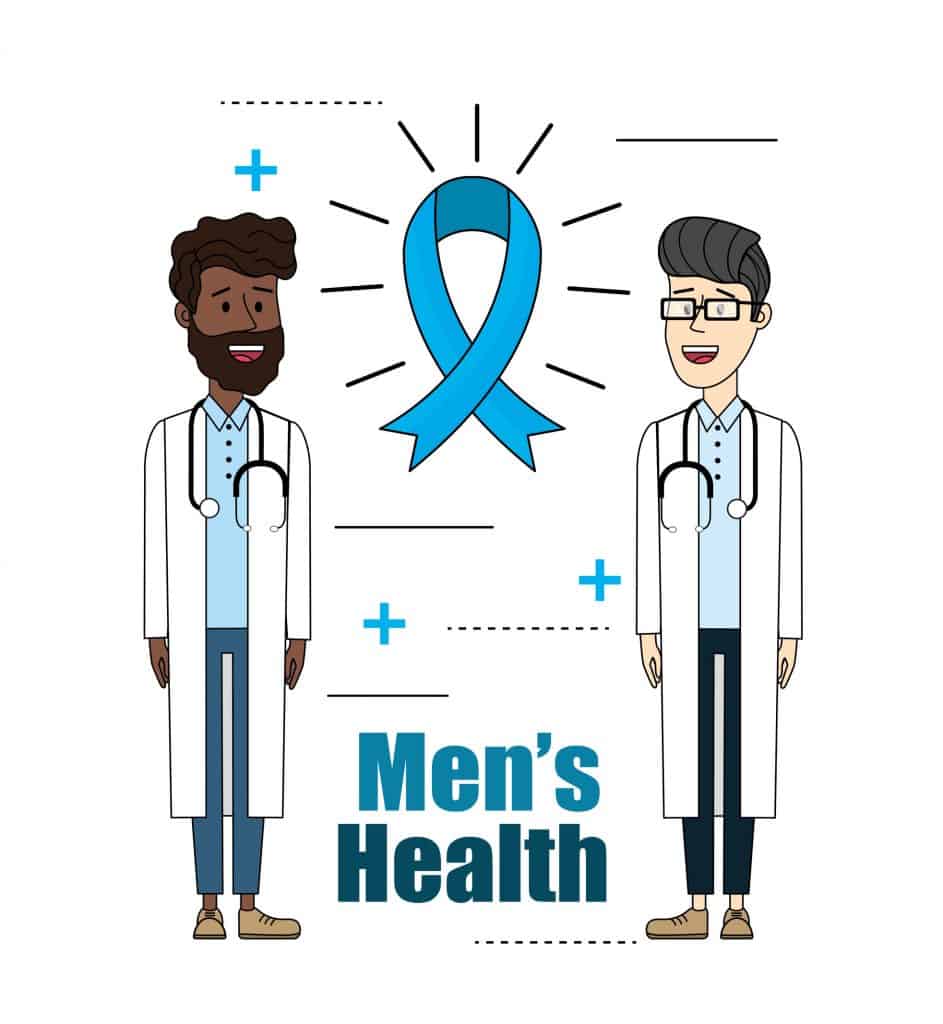 The mechanism of action for Cialis vs Levitra is almost identical because both the medications belong to the same drug family.

The sexual arousal that leads to an erection stimulates the production and release of nitric oxide in the penis. The production of nitric oxide causes the enzyme guanylate cyclase to produce a compound called cyclic guanosine monophosphate (cGMP). cGMP is then responsible for increasing and decreasing the size of blood vessels which carry the blood to and from the penis, creating and maintaining an erection.

When phosphodiesterase-5 enzyme destroys cGMP, the blood vessels constrict and return to their normal size. This causes the blood to leave the penile organ, ending the erection.

Cialis and Levitra, being PDE5 inhibitors, prevent PDE5 from destroying cGMP. So, the cGMP stays around longer, leading to an erection that lasts for an extended period of time.

However, it’s still unclear how these drugs ease the symptoms of benign prostatic hyperplasia.

It is hypothesized that PDE5 is also present in the muscles of the prostate and the urinary bladder. The relaxation of muscles caused by these drugs might make the passage of urine less painful by decreasing the pressure in the muscles that surround the opening to the urethra. These muscles control the flow of urine from the bladder.

So, let’s take a look at the side effects of Cialis vs Levitra to examine the differences.

The most commonly reported side effects of Cialis include:

The most commonly reported side effects of Levitra to include are:

Some rarely reported symptoms might include sudden loss of hearing, along with ringing in the ears and tinnitus. If one observes changes in hearing, they should discontinue the use of Levitra instantly and seek immediate medical help.

Recommended Dosage for Cialis vs Levitra

For most people, the recommended starting dose of Cialis is 10 mg per day taken before sexual intercourse.

Depending upon the adequacy of the response and body’s tolerance levels, the dose might be adjusted to 20 mg or decreased to 5 mg per day. The effect of Cialis may last in the body for up to 36 hours.

For use up to once daily without regard to sexual intercourse, the recommended daily dose ranges from 2.5 to 5 mg daily. It should not be taken more than once a day.

The recommended dose for benign prostatic hyperplasia (BPH) and ED combined is 5 mg per day, taken at about the same time each day. The pill can be taken with or without food since food intake does not affect its absorption from the gut.

People with preexisting liver or kidney disorders might require a dose adjustment. Speak to your physician regarding this before taking it.

For most people, the recommended dosage of Levitra is 10 mg daily taken about an hour before sexual intercourse.

If the desired outcome is not achieved, the dose might be increased to 20 mg. If a person experiences severe side effects, then the dosage might be reduced to 5 mg per day.

People above 65 years of age should begin therapy with just 5 mg.

The breakdown and elimination of Cialis from the body may be reduced by erythromycin, ketoconazole (Nizoral), itraconazole (Sporanox), indinavir (Crixivan) and ritonavir (Norvir).

Therefore, these medicines might increase the levels of Cialis in the blood. If these drugs are taken at the same time as Cialis, then the dosage of Cialis should be reduced. Consult your doctor first, but the recommended reduction of dose is 10 mg every three days when used as needed, or 2.5 mg when used daily regardless of sexual activity. The side effects that result from high plasma levels of Cialis may be avoided with this reduction.

Rifampin, carbamazepine (Tegretol, Tegretol XR, Equerto, Carbatrol), phenytoin (Dilantin, Dilantin-125), and phenobarbital are the drugs that might reduce the plasma levels of Cialis, possibly reducing the effect of this drug.

Cialis further enhances the increase in heart rate and lowering of blood pressure caused by nitrates, such as nitroglycerin, isosorbide dinitrate (Isordil), isosorbide mononitrate (Imdur, Ismo, Monoket), and nitroglycerin (Nitro-Dur, Transderm-Nitro) that are typically used for the treatment of heart pain (angina).

For individuals who take nitrates for angina, Cialis could cause chest pains or even a heart attack by stimulating the increase in heart rate and lowering the blood pressure. Thus, Cialis should not be used in conjunction with nitrates.

Cialis is also known to enhance the blood pressure lowering effects of some alpha-blocking drugs. For example, terazosin (Hytrin) is typically used for treating high blood pressure or the enlargement of the prostate (BPH).

Cialis and alcohol both lower the blood pressure. Thus, combining Cialis with alcohol may lead to an abnormal drop in blood pressure causing dizziness, headache, and an irregular heart rate.

PDE5 inhibitors affect platelet function in the body and thus prolong bleeding. It should be used with caution in patients with bleeding disorders or ulcers.

Cialis should also not be used in combination with other PDE5 inhibitors such as Viagra and Levitra.

For more comparisons related to Cialis, you might also like this article – Cialis and Viagra – which is better? 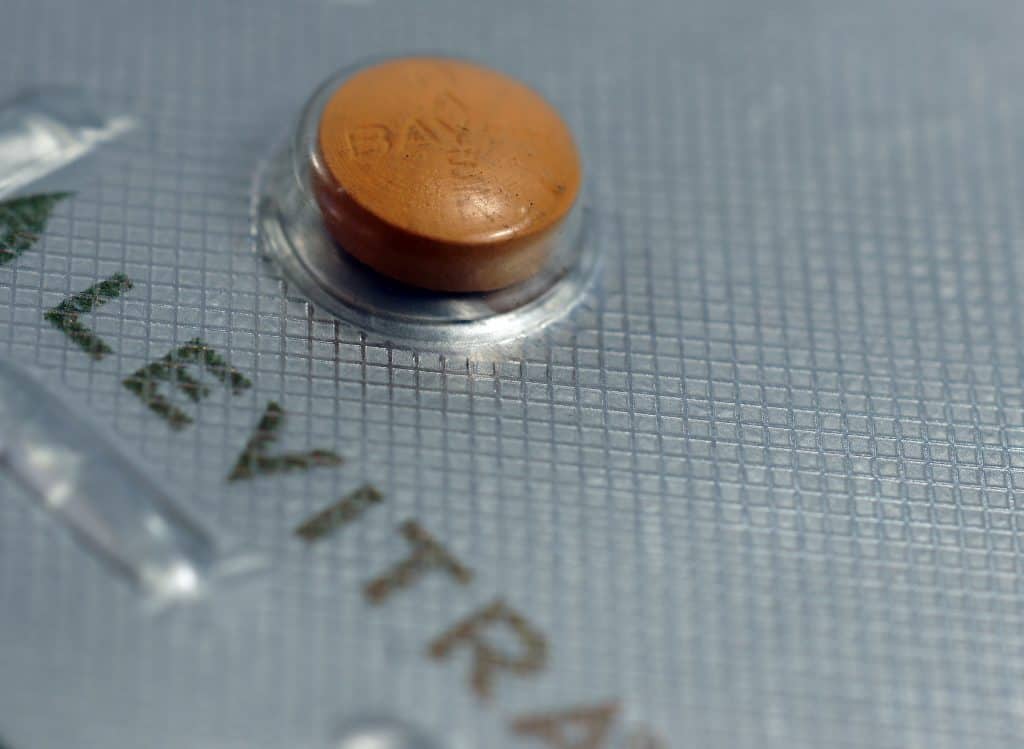 The breakdown and excretion of Levitra from the body are inhibited by erythromycin, clarithromycin (Biaxin), ketoconazole (Nizoral), itraconazole (Sporanox), indinavir (Crixivan), ritonavir (Norvir) and atazanavir (Reyataz).

Levitra increases heart rate and enhances the blood pressure lowering effects of nitrates such as nitroglycerine.

We hope this has given you some further insight into the differences between Cialis vs Levitra. This article is for information purposes and does not constitute medical advice. If you’re still unsure as to which drug is the most suitable for your needs, then we strongly recommend consulting your doctor for professional advice.

If you have any questions about how Prescription Hope can help you save money on any of the 1,500 medications that we offer, then visit our website here. If you’re having trouble affording any of the medications you’ve been prescribed, contact us, or visit the enrollment page to create an account and fill out an application to start saving.