Home » Health and Wellness » Why is REM Sleep Important? Stages and Benefits of Sleep

Why is REM Sleep Important? Stages and Benefits of Sleep

Your brain is actually quite busy during REM sleep. This is the state where dreaming usually occurs. Its name comes from the rapid eye movement associated with this stage. It is the deepest level of sleep, yet your brain and body are active similar to when you are in a waking state. Due to this, REM sleep is often called paradoxical sleep.

The Stages of Sleep 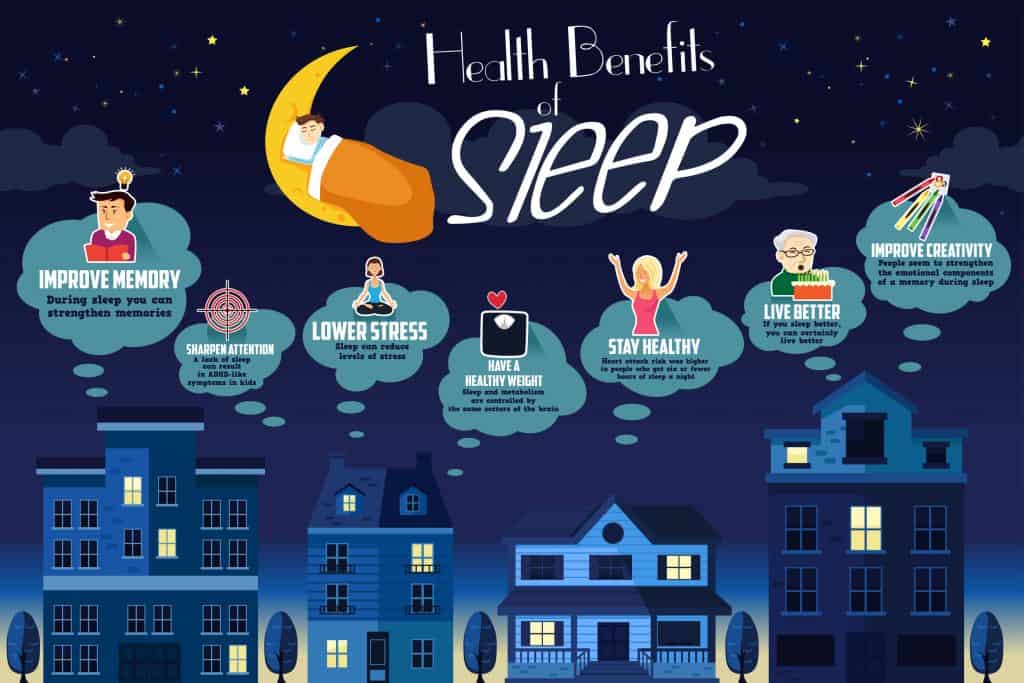 There are four stages of sleep. These are:

This is the period of time where you are beginning to fall asleep. It normally lasts from 5-7 minutes. The brain produces theta waves during this cycle. If you wake someone up in this cycle, they may say that they weren’t really asleep.

Sleep begins to deepen in Non-REM Stage 2. It’s also the state that we spend the most time in, accounting for 50% of our total sleep time. In this stage, your body temperature goes down slightly, and your breathing and heart rate become slow and steady.

In fact, you may have noticed that you can tell when your child or spouse is “actually asleep” by the change in their breathing pattern. They are less aware of their surroundings and less likely to be awakened by outside stimuli like light or noise. This stage lasts for about 20 minutes.

Sleep deepens further in Non-REM Stage 3. You become even less aware of your surroundings. It’s believed that bed-wetting and sleepwalking often occur during this phase of sleep.

Delta brain waves become active during this phase of sleep, transitioning you from a lighter level to the deepest level of sleep. Muscles become relaxed and blood pressure drops to its lowest rate during this stage.

REM Sleep is also known as paradoxical sleep. In the other stages of sleep, your body begins to wind down and become less active. Brain activity increases to near the level of wakefulness in REM Sleep.

The brain is more active, rapid eye movement occurs, and respiration speeds up. At the same time, your body temporarily shuts down the neurons in your spinal cord, leading to temporary paralysis.

It’s believed this occurs to prevent you from unconsciously acting out your dreams and injuring yourself. Adults typically spend about 2 hours a night, or 20% of their sleep time, in REM Sleep.

Sleep cycles follow a pattern. When you first go to sleep, you progress through stages 1-3. You will then go back to stage 2 before moving to REM sleep. After your REM cycle, you will return to Stage 2.

The REM sleep cycle usually begins around 90 minutes after you fall asleep. Each time you enter REM sleep, the cycle lasts longer. In the later hours of sleep, you may spend as much as an hour at a time in REM sleep.

There are several reasons you may not be getting enough REM sleep. These include: 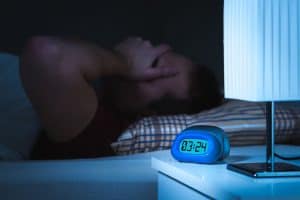 When sleep cycles are allowed to progress through the night, you get enough of each stage. However, people with broken sleeping patterns may not get enough REM sleep.

If you have ever had a period of time where you were repeatedly woken up during the night and went back to sleep, you likely noticed that you weren’t nearly as rested as if you had slept straight through.

This is likely due to an interruption in your sleep cycles, and a lack of enough REM sleep is likely partly to blame.

Drug or Substance Use

A surprising amount of substances can significantly reduce the amount of time you spend in REM sleep. Caffeine, alcohol, and marijuana are common culprits.

Prescription drugs can be responsible for it as well, including opioids, benzodiazepines, and antidepressant medications.

REM sleep causes a relaxing of the muscles, which can cause the airway to collapse enough to cause breathing disturbances. This will cause the individual to awaken enough to need to progress through the sleep stages again, without spending a significant amount of time in REM.

Narcolepsy often causes broken sleep and altered sleep patterns, which can impair your ability to get enough REM sleep.

What Happens When You Don’t Get Enough REM Sleep?

REM sleep deprivation requires further studying to fully gauge its effects. While it seems to be responsible for certain processes like memory, and significant changes in the body and brain occur during REM sleep, including the cessation of norepinephrine, histamine, and serotonin.

While animal studies show significant impacts from lack of REM, not all human studies bear it out. Generally speaking, people may go decades without proper REM sleep, with no discernable effects on their mental and physical health.

This doesn’t mean that REM sleep isn’t important, simply that its importance is not fully understood at this time. It’s possible that there are impacts that simply have not been recognized as caused by a lack of REM.

Animal and some human studies have shown many effects of lack of REM. The effects include:

One study that tested rats used a simple but slightly cruel method. They put the rat in a bucket of water with a tiny island in the middle. This island had a hole, and just enough room for the rat’s body to fit.

This allowed the rat to fit on the island, but when REM sleep was reached, the rat’s limp body would fall through the hole and into the water, effectively rendering REM sleep impossible.

Scurry occurs when a rat is placed in an open field. It will scurry to safety. Rats who are REM deprived remain in the open.

Freeze occurs when the rat perceives a threat. REM deprived rats will freeze momentarily and then continue on their way.

Lastly, a rat’s natural instinct is to bury an unknown object in their burrow. REM deprived rats simply ignored it.

Researchers then gave the rat’s amphetamines and ran the tests again, believing that if it was simply sleep deprivation, the rat’s skills would improve. There was no change after administration of amphetamine, showing that the changes likely occurred from lack of REM sleep, and not sleep deprivation in general. 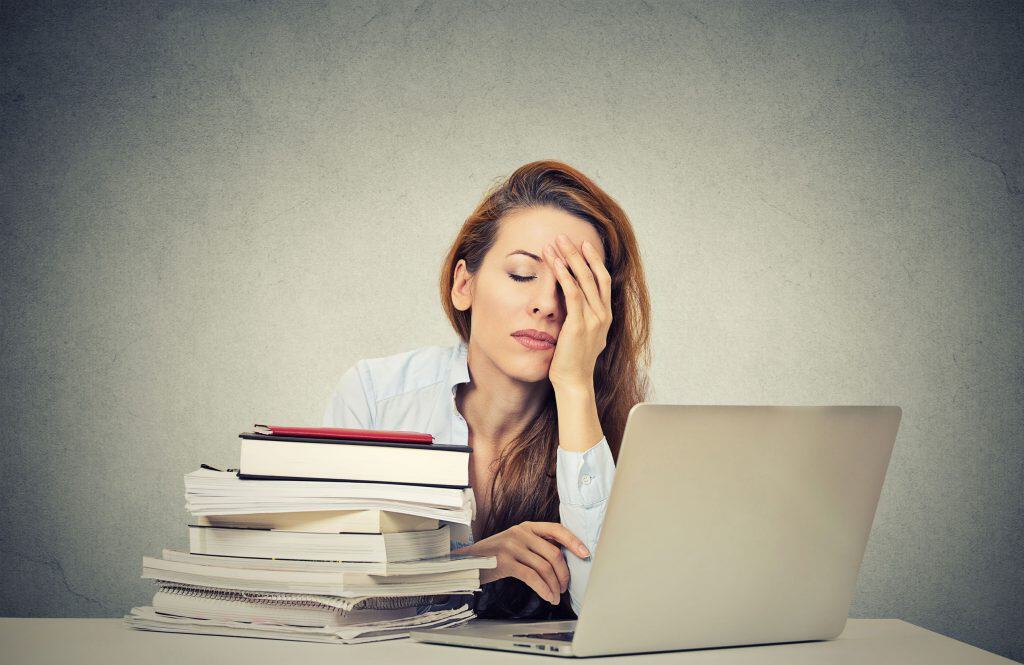 REM sleep is associated with learning and memory. Infants spend much more time in this stage than adults. The development of the brain and the need to remember lots of new information may play a part in this.

Lack of REM sleep can negatively impact your long-term memory. An animal study showed that cell growth in the area of the brain responsible for long term memory was diminished with lack of REM.

A study conducted by Boston University showed that chronic lack of REM sleep was responsible for a 9% increase in dementia risk and an 8% risk for Alzheimer’s.

Weight issues associated with a lack of REM sleep are commonly seen in children and teens.

However, studies have also shown that the parts of the brain that regulate our desire for food, sex, and sleep are very interconnected. It is believed that a lack of one can cause an increased desire for another as a form of substitution.

If your lack of REM sleep is the result of a medication or a medical condition, you should discuss it with your doctor. However, in many cases, some simple lifestyle changes can improve your amount of REM sleep.

Create a Routine and Peaceful Environment

A calming bedtime routine and a quiet dark environment are essential for proper sleep. You’ll want to avoid using electronic devices in the hours before bed, or at the very least use a blue light filter.

You should avoid anything that causes you stress or undue excitement. If the news upsets you, avoid it at bedtime. The same is true of stimulating tv shows and even stressful conversations. Reading a book or taking a warm bath can be helpful additions to your bedtime routine.

Lastly, your room should be dark and quiet. If you live on a busy street, consider a white noise machine or app. If your schedule requires you to sleep after the sun is up, purchase blackout curtains.

Use Your Bedroom for Sleep

Many of us treat the bedroom as a second living room or even a dining room. When you use your bedroom for sleep or quiet periods of rest only, your body learns that’s what the room is for.

When you enter the room, your body will see this as a cue that it’s time for sleep. If you use your bedroom for watching tv or other wakeful activities, this association doesn’t happen.

Watch Your Food and Drink Intake

You should refrain from eating a large meal or drinking caffeine or alcohol at least 3 hours before bedtime. You should focus on hydrating during the day, so you don’t wake up frequently in the night to use the bathroom as well. Digestion can interfere with sleep, and caffeine and alcohol are particularly disruptive to REM sleep.

Choosing a sleep and wake time and sticking to it can help you get proper sleep and enough REM sleep. Your body gets conditioned to waking and sleeping at the same time, which can make falling asleep and staying asleep easier. You should aim for at least 7 hours of sleep each night.

Exercise can increase your amount of REM sleep over time. Any type of light to medium intensity exercise will work, as long as it’s consistent. Walking, yoga, swimming, aerobics, and bike riding are a few options.

Just schedule your workout at least 3 hours before bedtime so your body has time to wind down.

The truth is, the full importance of REM sleep isn’t yet known. Some studies show negative effects with a lack of REM sleep, yet many people who are chronically deprived of REM sleep seem to have no perceivable negative impacts.

Just like the mystery of why we have REM sleep and dreams in the first place, more research is required to fully determine the importance of REM sleep. It is necessary to keep in mind that REM sleep is a highly complex process developed by the body, and it likely has purposes that we simply haven’t grasped yet.

If you are having trouble affording your medication, Prescription Hope may be able to help you. Enroll with us here and pay only 50$ a month for each of your medications.