Home » Prescription and Medication » Respimat vs Handihaler – Which Is Better? Here’s the Guide

Respimat vs Handihaler – Which Is Better? Here’s the Guide

You may be familiar with one or both of these products, but you may be asking, which is more beneficial? In this article, we’re going to look at Respimat vs Handihaler in detail and provide a guide on which one might suit your needs. 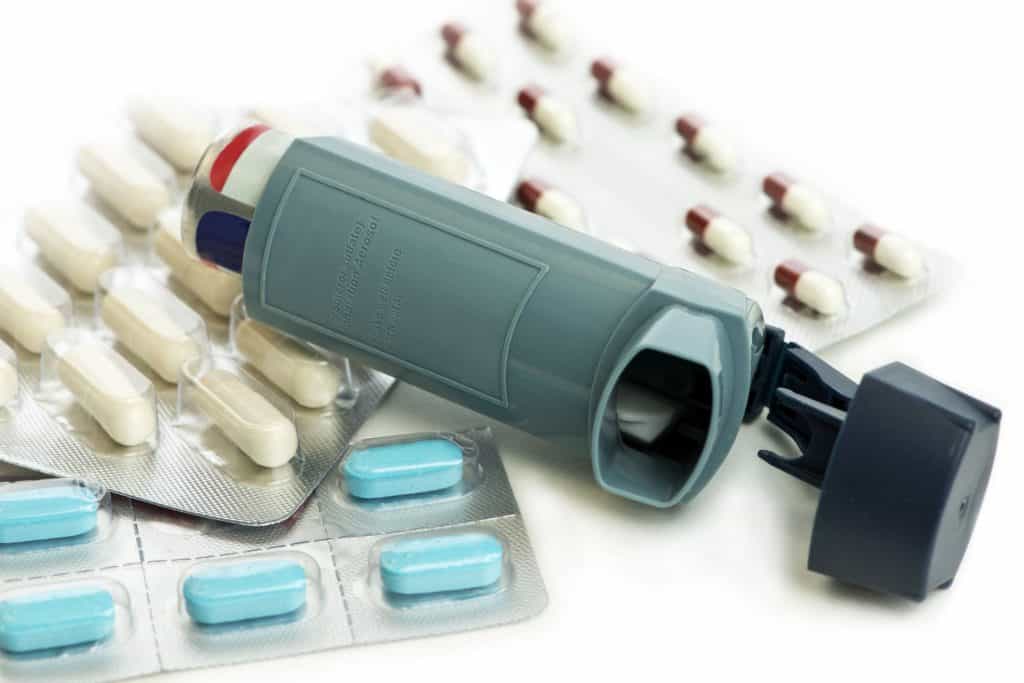 Respimat Vs Handihaler? Respimat and Handihaler are both used for treating COPD. Handihaler is a powder from a capsule inhaled through the mouth, whereas Respimat is used by inhaling a “slow-moving” mist as a spray. Respimat works for 24 hours, is easy to use and has been proven to be more effective over Handihaler.

Ok, there’s the quick answer, now let’s look at why and the pros and cons.

Spiriva belongs to a class of drugs known as anticholinergics. This class of drugs works to inhibit the effects of acetylcholine, a neurotransmitter.

It performs the function of transferring signals between body cells and thereby affects bodily functions. However, they are never recommended for treating sudden breathing problems.

The active ingredient in both Spiriva Handihaler and Respimat is tiotropium. This ingredient is a long-acting muscarinic agent (LAMA) or anticholinergic with specificity for muscarinic receptors.

The main problem in patients with COPD is the muscles in the airways tighten up. This causes the airway to narrow down, which in turn causes breathing difficulties (bronchospasm).

As such, both Spiriva Handihaler and Respimat work by relaxing the muscles around the airway enabling it to loosen. Thereby, resulting in broadening of the airway and ease out breathing difficulties.

Although both work the same way and have the same active ingredient, there’s a significant difference between these two forms of Spiriva. Especially in how they work.

The medication in Spiriva Handihaler comes as a dry powder within a capsule. This capsule is then put into a special inhaler.

The medication set into the inhaler should then be inhaled through the mouth, which will then absorb the powder in the capsule. These capsules should never be swallowed and should always be used with the Handihaler.

In contrast, Spiriva Respimat uses a different inhaling technique in the form of a spray. This will deliver a slow-moving mist which the patient will have to inhale. The amount of medication a patient inhales doesn’t depend on how fast or strong they can inhale.

Spiriva Handihaler should be taken every day as 2 inhalations using the powder content in one capsule. Meaning, only one capsule has to be put into the Handihaler device and inhaled once daily but in two inhalations. Each Spiriva capsule contains 18mcg of tiotropium. Do not take more than one dose in 24 hours.

Between Spiriva Handihaler and Respimat, Respimat seems to be the one that is easier to use. This is because unlike Handihaler that requires a powerful inhalation. Respimat releases the medication as a slow-moving mist which is easier to inhale.

This ease of use is beneficial for elders and weak adults, who find it difficult to inhale medications with a powerful breath like in the Handihaler.

Apart from this Spiriva Respimat uses a single cartridge that lasts all month, unlike the Spiriva Handihaler that requires a capsule to be inserted every time it has to be used.

The Respimat was developed to actively deliver medication in a way that does not depend on how fast you breathe in the air from the inhaler.

Unless you’re enrolling with Prescription Hope, then you can expect the full cost of Spiriva Handihaler inhalation capsules for 18 mcg to be around $98 for a supply of 5 capsules. The full cost of Spiriva Respimat inhalation aerosol (1.25 mcg) is around $458 for a supply of 4 grams. Due to the expense of these medications, we can assist you with obtaining them for a fraction of the price, just head over to our enrollment page.

Of course, the normal full prices may vary depending on which pharmacy you visit. These prices are valid for cash paying customers only and not for customers with insurance plans.

Here’s where we get on to the heart of the question.

Although both forms of Spiriva are pretty much the same, except for how it’s inhaled, Spiriva Respimat is considered overall to be better than Spiriva Handihaler.

Apart from the above-discussed ease of use, several studies have compared the efficacy of tiotropium Handihaler (18 mcg once daily) with different doses of Respimat.

According to six clinical trials in testing the bronchodilator efficacy, both Spiriva Handihaler and Spiriva Respimat performed similarly. However, the findings overall supported the use of a once-daily dose of Respimat 5 mcg for the maintenance treatment of patients with COPD.

Apart from this clinical study, Spiriva Respimat is designed to help open airways for up to 24 hours, which ensures the drug keeps working throughout the day. As such, the COPD is under control most of the time after the Spiriva Respimat has been taken, which avoids any unexpected breathing inconvenience the patients will have to go through.

Is Spiriva Handihaler being discontinued?

Spiriva Handihaler is not being discontinued. But due to several interactions with other drugs and unstudied medical conditions, Spiriva Handihaler and even Spiriva Respimat, in general, are not recommended to be taken if…

Note – Patients should tell their healthcare professionals about all medical conditions. This includes if you are pregnant, may become pregnant, or breastfeeding. This is because it’s unknown if Spiriva Handihaler and Respimat have any effect on these medical states.

Is Spiriva Respimat a steroid inhaler?

No! Spiriva Respimat is a steroid-free mist that’s inhaled to improve breathing for up to 24 hours. This also avoids the need for additional inhaled steroids and cuts the risk of asthma attacks in adults.

We hope this has been a useful guide, there are cases for using either, but this article reflects the general consensus for most users.

If you’re struggling to afford these or any of the other 1,500 medications that we offer, or if you’re having trouble affording any of the medications you’ve been prescribed, then contact us. Visit the enrollment page to create an account and fill out an application, and let us save you money!