Cialis is the official brand name for the drug known as Tadalafil. Both have been proven to be beneficial when it comes to the treatment of erectile dysfunction.

In this article, we’re going to explain the differences between Cialis and Tadalafil, along with the costs, interactions, benefits, and side effects of each. Here’s everything you need to know!

First, let’s give a quick overview answer, then we’ll head into more details.

Is there a difference between generic Tadalafil and the brand-name Cialis? The simple answer to this is no. Both Tadalafil and Cialis are prescribed to treat erectile dysfunction as well as a medical condition known as benign prostatic hyperplasia (BPH), in which the enlargement of the prostate gland occurs, causing difficulty in urinating.

The active ingredient, Tadalafil, has been available in the market since November 2017 as a generic drug.

A generic drug comprises of the same active ingredient as a branded one and has equal medical importance. However, it can be synthesized and distributed by any generic manufacturer. 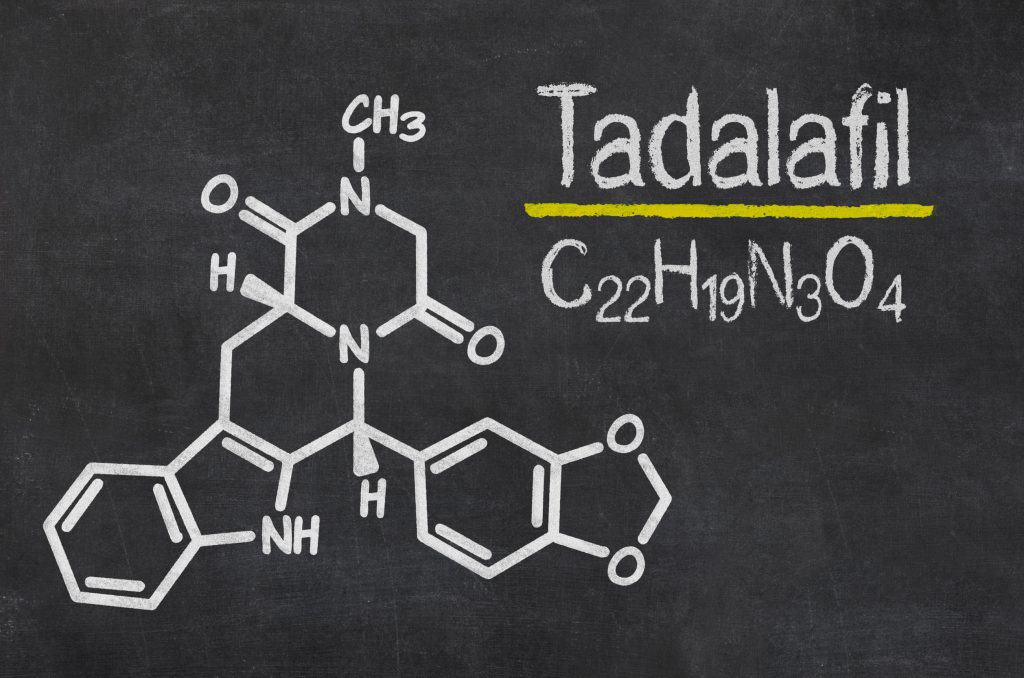 When it comes to Tadalafil, the prime concern of patients is regarding how well does the generic version work. It should be kept in mind that the FDA has an equally rigorous regulatory process for the reviewing of generic drugs before granting the premarket approval to the manufacturers.

Such measures ensure that the generic drugs contain the same active ingredients as their branded versions – so that there remain very few differences between them.

How Are Cialis and Tadalafil Different From Each Other?

Cialis and Tadalafil are both PDE5 inhibitors prescribed for the treatment of erectile dysfunction. Both drugs only work when a man is already sexually aroused and last in the system for about 36 hours.

Food intake does not affect the absorption and activity of either of these drugs. Cialis can be consumed once daily and can also be used to treat benign prostatic hyperplasia (BPH) effectively.

Physicians may lower the dosage of Cialis in men with preexisting liver or kidney dysfunction, and the risk of interactions can be even higher than with Tadalafil.

Cialis vs Tadalafil, How They Work

Cialis, the brand name for Tadalafil, belongs to a class of medicines known as phosphodiesterase type 5 (PDE5) inhibitors. Thus, both have a similar mechanism of action in the body.

PDE5 inhibitors work only in the condition of sexual arousal since their action relies on the natural release of nitric oxide, a chemical released only during sexual stimulation. 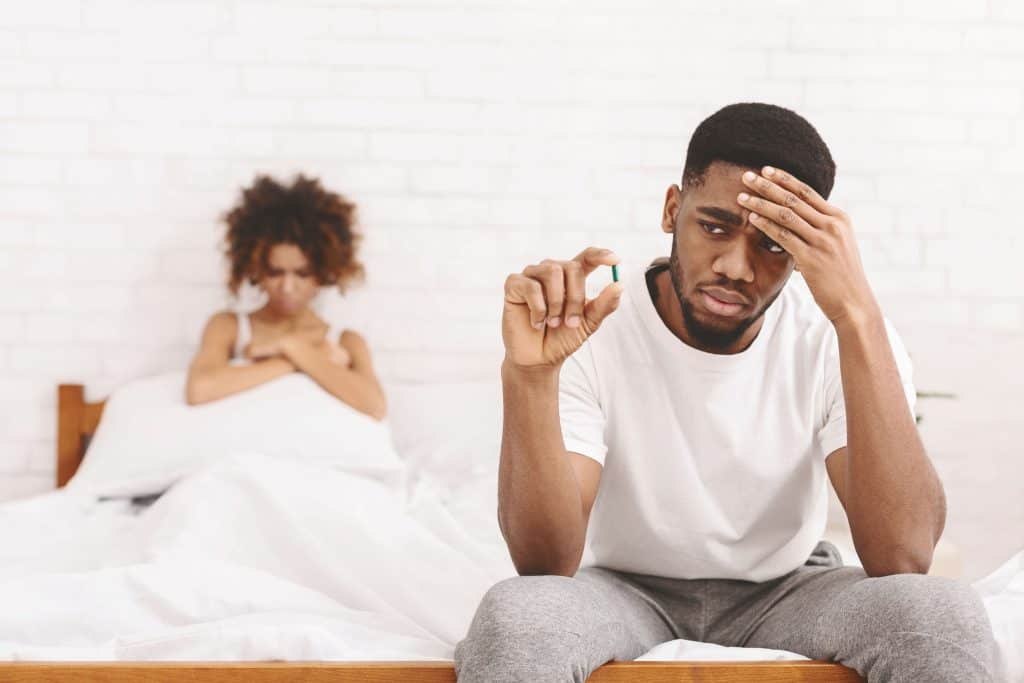 Nitric oxide then activates other molecules to dilate the walls of smooth muscles inside the penis to allow the inwards flow of blood and, eventually, cause an erection to occur. PDE5 inhibitors further enhance the effect of nitric oxide.

When a man is sexually aroused, nitric oxide is released into the penis. Nitric oxide stimulates the production of cGMP, a compound that controls the contraction and dilation of the blood vessels responsible for carrying blood towards and away from the penis.

The smooth muscles of the arteries present in the lungs also contain PDE5. This is why this drug can also be prescribed by physicians to treat pulmonary hypertension.

Drug Interactions With Cialis and Tadalafil

The breakdown and release of Tadalafil from the body can be notably decreased by erythromycin, ketoconazole (Nizoral), itraconazole (Sporanox), indinavir (Crixivan) and ritonavir (Norvir).

Cialis vs Tadalafil, a Comparison of Costs

Generic Tadalafil retails at about 50% cheaper than its brand-name counterpart Cialis. Branded Cialis can retail between $350 and $1700 for 30 tablets depending upon their strength, whereas the Generic Tadalafil retail pricing costs between $100 and $600 for the same number of pills. Thus, the price is the primary distinguishing factor between the two. Of course, if you’re struggling to obtain the necessary drugs you need, then you could contact us and ask about our patient assistance programs.

The good news is that the prices for Tadalafil are expected to undergo an even further drop in the upcoming months as more drug companies manufacture their own generic versions.

Cialis has been proven to be an extremely effective treatment for erectile dysfunction, with 81% of men reporting during studies that it works exceptionally well for them.

Several manufacturers produce Tadalafil, which is comprised of the same active ingredient and dosage as its branded version Cialis. Market value can only be attained once a generic drug proves to be a bioequivalent to its branded counterpart. This ensures that the generic drug is of the same efficacy.

For most people, the physician recommends a starting dose of Tadalafil of 10 mg per day taken before sexual intercourse.

After examining the adequacy of response and side effects, the dose may be adjusted to 20 mg or even reduced to 5 mg a day. The effect of Tadalafil can last up to 36 hours.

People consuming medications that increase the plasma levels of Tadalafil should not exceed a total dosage of 10 mg for 72 hours. For use up to once daily regardless of sexual activity, the prescribed dose ranges from 2.5 to 5 mg. The drug shouldn’t be taken more than once per day.

The recommended dose for people suffering from BPH, or BPH and ED combined, is 5 mg daily taken at the same time each day. Tadalafil can be taken either with or without food since the absorption of this drug from the intestine is independent of food intake.

For patients with any preexisting liver or kidney disorders, dose adjustment might be required.

Cialis vs Tadalafil, Side Effects

Generic Tadalafil has side effects similar to brand-name Cialis. The most commonly reported side effects include flushing, headache, stomach pain, back pain, and the common cold.

However, some men have reported that Cialis causes notably lesser flushing when compared to Viagra.

Cialis and Tadalafil can cause painful erections that last longer than four hours. If such a condition occurs, immediately visit a healthcare facility near you since an erection that lasts this long can cause permanent damage to your penis.

We hope this has been useful in understanding the full comparisons between Cialis and Tadalafil.

As always, for a more in-depth consultation, refer to your relevant practitioner or your local doctor for further advice relating to your circumstances.

If you have any questions about how Prescription Hope can help you save money for any other drugs that we offer, or if you’re having trouble affording any of the medications you’ve been prescribed, then contact us. Visit the enrollment page to create an account and fill out an application and let us save you money!