Home » Health and Wellness » How Does Caffeine Affect Hormones? Reasons Why, What To Know

How Does Caffeine Affect Hormones? Reasons Why, What To Know

Caffeine is widely consumed through a variety of beverages ranging from coffee to energy drinks. About 80% of adults in North America consume caffeine every day. So, this begs the question of how does caffeine affect hormones?

Here’s a quick summarized answer to this question, then we’ll get into the specifics of caffeine and hormones.

How Does Caffeine Affect Hormones? The body produces many hormones that impact our mood, behavior, and energy levels. Caffeine also can impact these aspects of our lives. So, there is a correlation between caffeine and hormones. Caffeine affects hormones by either influencing the production of certain hormones or by impacting the receptors of the hormones.

What Exactly is Caffeine?

Caffeine is a very popular, naturally occurring “drug.” Yes, caffeine is considered a drug because it stimulates the nervous system. It speeds up the connections traveling between the brain and body. 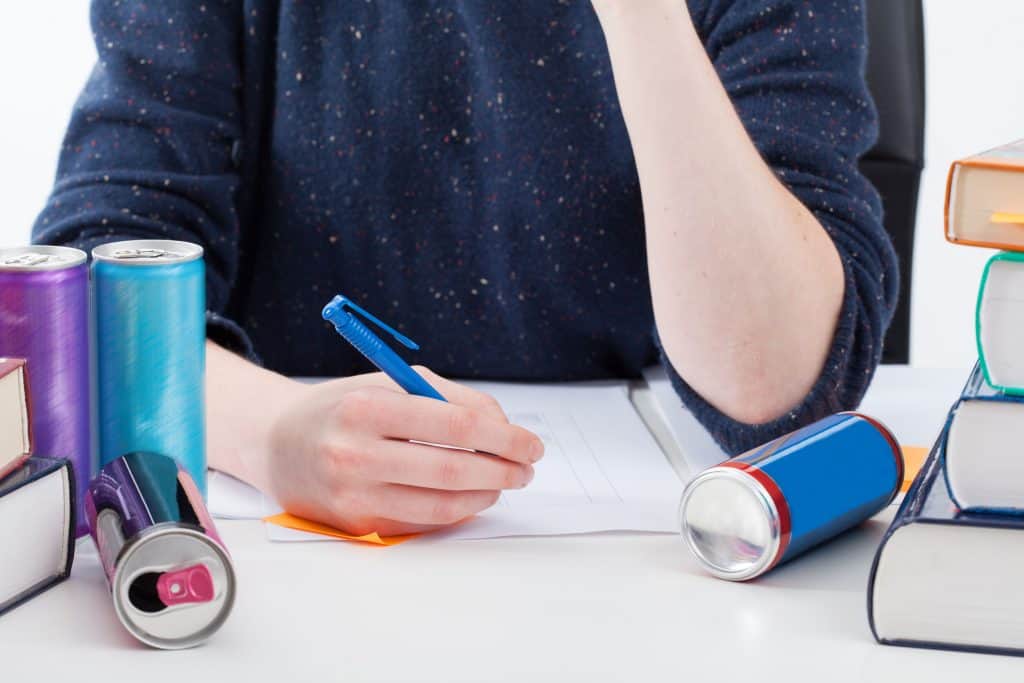 Caffeine can improve alertness, as well as improve your mood. This would explain why college students and busy adults love having coffee and energy drinks handy. By consuming more caffeine, they are able to get more work done without feeling completely exhausted.

Caffeine is found in a variety of foods and beverages, which include:

As we’ve mentioned above, caffeine can have both positive and negative effects on individuals depending on what medical conditions they may have. In fact, caffeine can be beneficial for those that have asthma. But how does caffeine affect hormones?

Caffeine affects various hormones, which, in turn, impacts how an individual feels throughout the day. This can affect one’s sleeping patterns, productivity, and stress levels. Here’s a list of common hormones and how caffeine affects them. 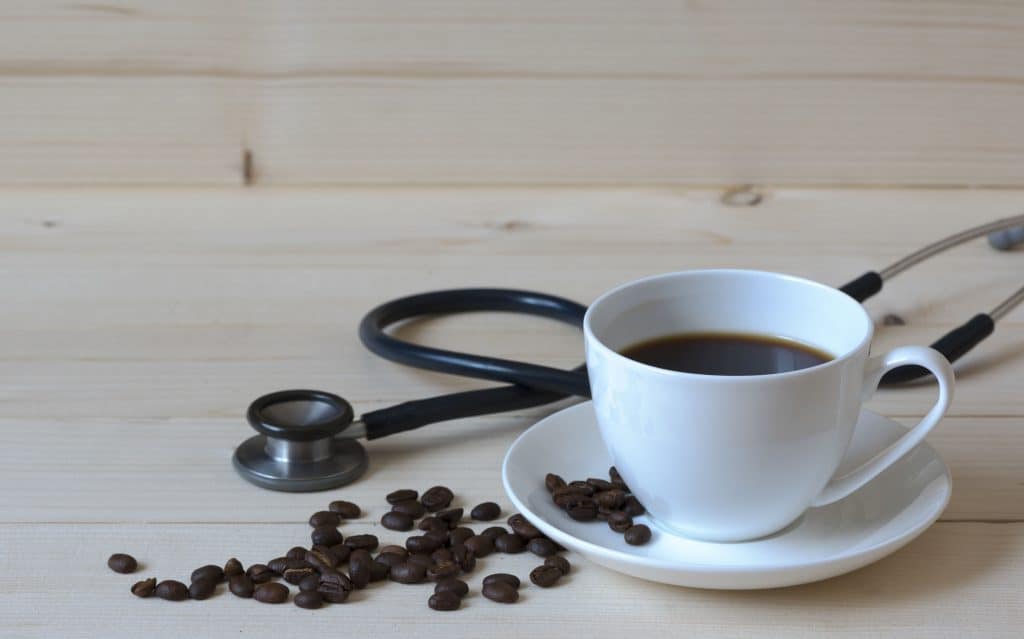 Cortisol is known as the stress hormone. It is necessary for the body to have cortisol, as it is responsible for helping the body perform different daily functions. For example, cortisol levels are typically highest in the morning to help the body wake up.

Cortisol is known to provide you with the “fight-or-flight” response. The primary responsibilities of this hormone include:

However, either high or low levels of cortisol can be harmful. High levels can inhibit brain function, slow metabolism, increase blood pressure, and cause muscle weakness.

Low levels of cortisol can leave you feeling anxious, tired, and emotional.

Caffeine can affect the level of cortisol in your body by increasing it. The level at which cortisol is raised is not fully known, and it would depend greatly upon the individual being monitored.

So, though caffeine can potentially affect cortisol levels, it is not entirely cut and dry on how significant the effect is. If you have been consuming larger amounts of caffeine and noticing symptoms of high cortisol levels, then you may want to consider cutting back on the amount you are consuming.

Adrenaline is similar to cortisol in that it also provides a “fight-or-flight” response. However, adrenaline is more of a short-term hormone, whereas cortisol acts long-term. Adrenaline is also known as epinephrine.

Caffeine can cause adrenaline to spike temporarily, giving a person more energy. However, adrenaline levels may drop later in the day, leaving you feeling tired.

Research does suggest that too much caffeine can wear on your adrenal glands and eventually lead to adrenal fatigue. So, over time, you may not receive as much of an effect from caffeine as you used to. This means that your morning coffee turns into two cops and eventually even into three.

Dopamine is the hormone that is known as giving us a euphoric feeling. The body often releases dopamine after working out, which is why many individuals experience a “runner’s high” after running.

The brain always has dopamine, but higher levels increases one’s mood. Caffeine affects this hormone by slowing its absorption. Therefore, caffeine doesn’t directly increase the production of dopamine but slows the rate at which it leaves our brain. So, this results in elevated dopamine levels in our brain temporarily, which can improve one’s mood.

This is one reason why caffeine can be addictive. We become used to the way caffeine is affecting this hormone, and we enjoy it.

Serotonin is another “feel good” hormone that often determines a person’s mood, sex-drive, appetite, aggression, sleep, memory, and so on.

Prolonged and overuse of caffeine may cause serotonin levels to become depleted. Low levels of serotonin have been associated with depression. Irregulated serotonin levels can affect your sleep patterns, your control of pain, and your appetite cravings.

If you are beginning to notice changes in your sleep patterns or mood, then the amount of caffeine being consumed should be considered.

Despite this, some studies suggest that though caffeine may lead to a decrease in the production of serotonin, it can increase the sensitivity of serotonin receptors. So, basically, the receptors for serotonin can uptake more serotonin that is present. This can improve a person’s mood.

Testosterone is the hormone most often associated with sex-drive and sperm production. Though it is found in both men and women, it is the primary sex hormone in males. Testosterone is also responsible for regulating muscle mass production, fat distribution, and red blood cell production.

Research suggests that regular caffeine intake can help regulate testosterone levels. Men that consume caffeinated beverages, such as coffee, are more likely to have higher levels of testosterone. 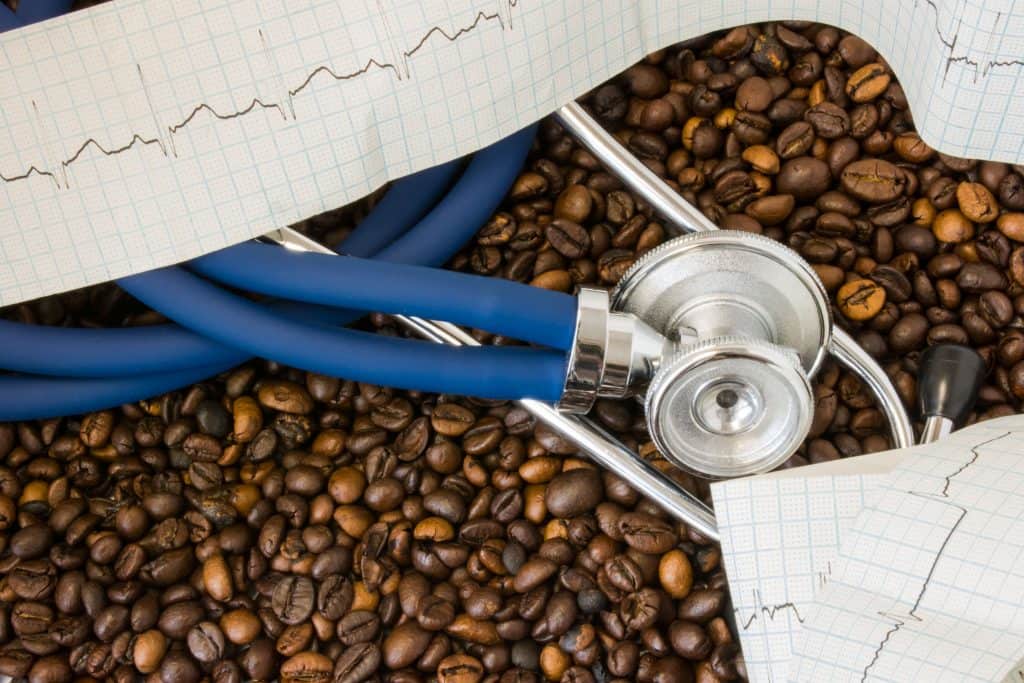 Estrogen is the primary female sex hormone produced by the ovaries. It appears that caffeine can affect estrogen levels in women, but it depends on the nationality of the individual.

For example, a study found that women from Asia that consumed at least 200 milligrams of caffeine in a day saw an increase in estrogen. The opposite was true for Caucasian women. White women that consumed that same amount of caffeine were reported as having lower levels of estrogen than those that had consumed less caffeine.

Despite these results, the changes and variations of estrogen levels did not appear to impact the women negatively. However, changes in estrogen levels can lead to medical conditions that may include breast or ovarian cancer, endometriosis, and osteoporosis.

How Much Caffeine is too Much?

The Mayo Clinic estimates that up to 400 milligrams of caffeine a day is safe for adults. That amount of caffeine is equivalent to about four cups of coffee.

Children and adolescents should avoid consuming this much caffeine in a day as it may have adverse side effects in those that are not fully developed. Caffeine should also not be combined with other substances, such as alcohol.

Some individuals are more sensitive to caffeine than others. So, those sensitive to it may experience jitters and nervousness. If caffeine affects you in this way or if your losing sleep, then consider smaller doses of caffeine.

What Medications Can Interact with Caffeine?

Sometimes our hormones can get off the right track for a variety of reasons. Reasonings can be anything from the type of foods included or not included in our diet to genetic factors.

The reality of it is, though, is that our hormones play a crucial role in our life. So, when they are not regulated correctly, our health can decline on a mental and physical level. This is when medications may need to be prescribed to help regulate the hormones that are off track.

The medications prescribed to treat hormonal imbalances will vary depending on the hormone that is not regulated. But here is a list of popular types of drugs used to treat these imbalances:

We hope that this has given you the information you were looking for regarding how caffeine affects hormone levels. Though caffeine does have some beneficial effects for many, it can also have negative effects in excess amounts.

We recommend that if you have symptoms of hormone imbalances or deficiencies that you talk to your doctor. Consider the amount of caffeine you are consuming in a day to rule that out as a possible cause.

If you are having trouble affording your prescription medications, then Prescription Hope may be able to help. The team here works with 180 pharmaceutical manufacturers to help patients receive their medication at a set, affordable cost. Enroll with us and pay just $50 a month for each of your medications.