Home » Diabetes » Does Insulin Go Bad If Not Refrigerated? Guide on Insulin Storage

Does Insulin Go Bad If Not Refrigerated? Guide on Insulin Storage

For those that take insulin, the daily routine is not something you want to be further frustrated by thinking about taking care of your insulin storage. But, it’s important to ensure insulin is kept at the appropriate temperatures to ensure its effective use. So, do you refrigerate insulin?

In this article, we’re going to discuss temperatures that insulin should be stored in, as well as guidelines for different brands and some helpful tips on storage and use. 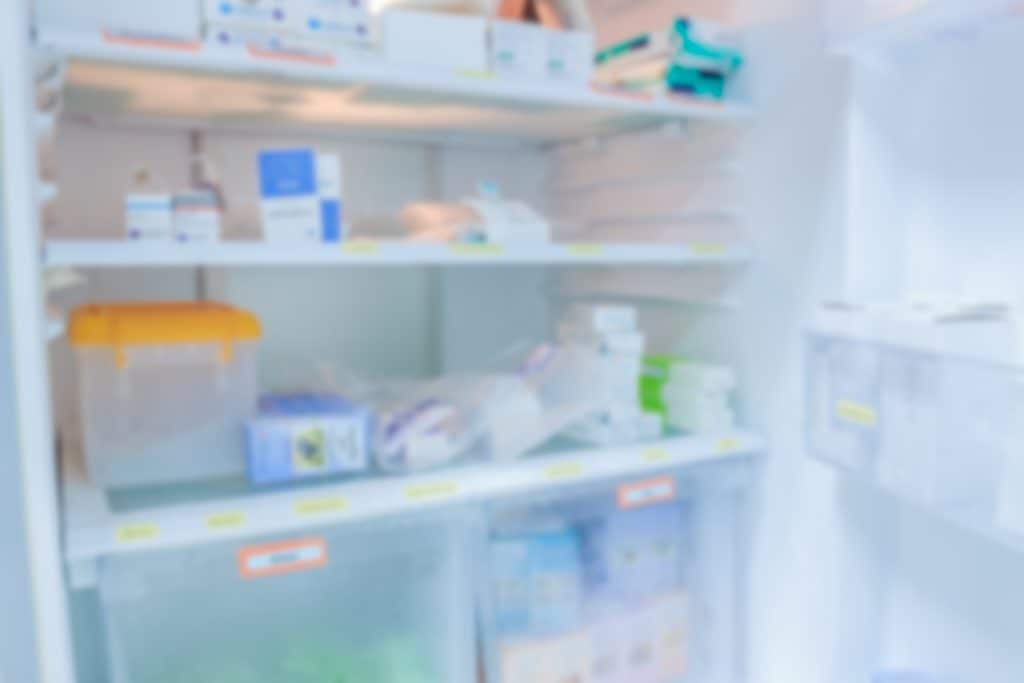 Insulin has significant usage in the USA because of the increasing rate of diabetes. Because of this, appropriate insulin usage and storage has always been a concern for many.

First of all, insulin is sensitive to temperatures that are too high or low. So, it’s always recommended to store all the insulin supplies in the refrigerator – as a habit. Apart from that, if you’re here to look for information on why insulin needs to be refrigerated and other “What If’s,” then read on.

Why Insulin Should Be Refrigerated

Firstly, insulin is effectively proteins dissolved in liquid. So, like any other protein, insulin can spoil. This is why it needs to be refrigerated – to keep it from spoiling. Think of insulin as a form of meal. If you keep it out for long enough, it’s going to spoil.

More clearly, what exactly happens within insulin kept outside is that bacteria starts growing. This bacterial growth will break down the protein. So, by keeping it cool through refrigerating, it’s easier to prevent bacterial growth. When dealt with in this way, the potency of the insulin will be retained.

Insulin kept out of the refrigerator will not poison you or even make you sick. It just means that your insulin will not work as well or deliver its full potential dose.

That being said, it’s important to remember that keeping your insulin refrigerated doesn’t mean it can be used for any period. Insulin has a lifespan, and it will expire after its lifespan regardless of refrigerating. 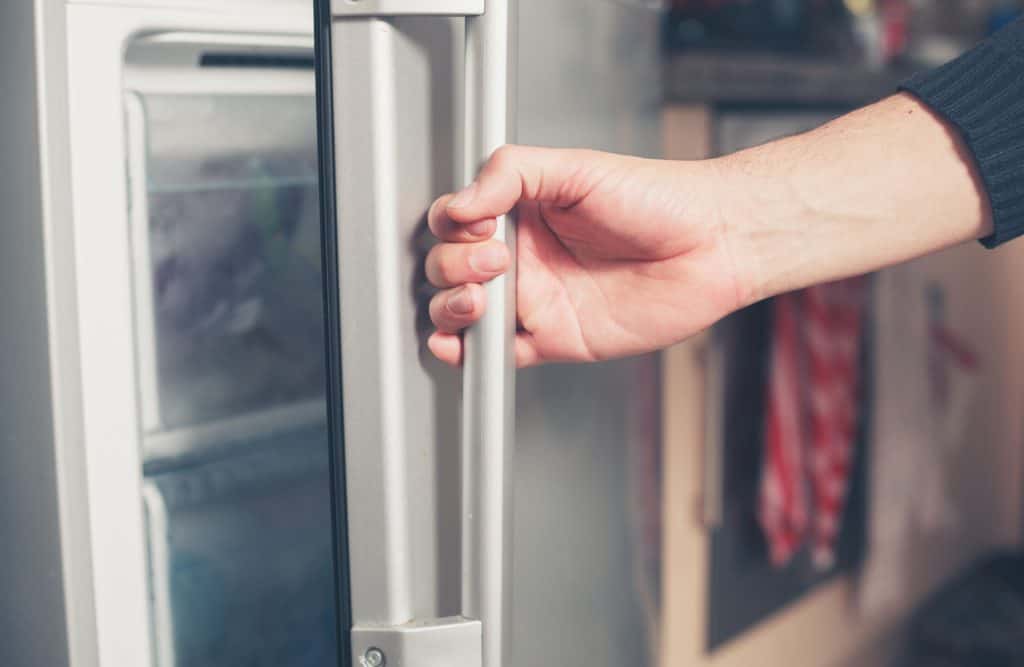 If the temperature gets colder or warmer than that, it’ll either freeze (when too cold) or start to break down as a result of being too warm. The term “break down” again refers to when the bacteria starts growing, making the insulin ineffective or lose its strength.

If you live in a warmer climate, it’s safer for you to refrigerate your insulin when the temperature goes above about 80 degrees Fahrenheit, even if the maximum 28 days are not over. 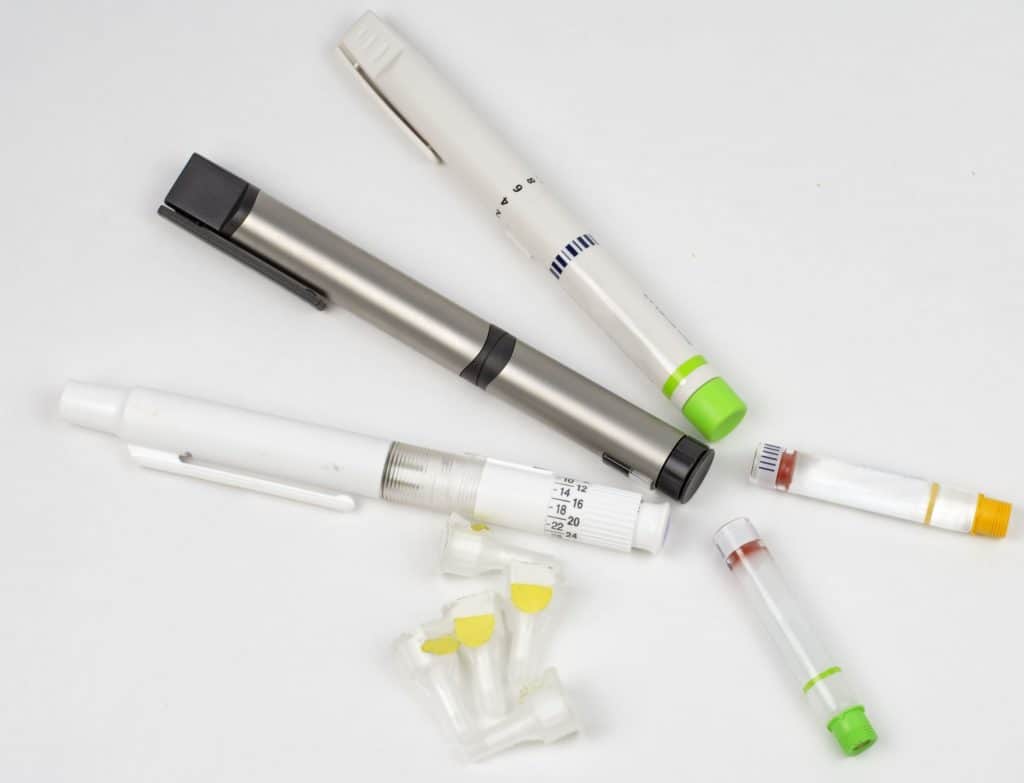 It’s important to remember that these refrigerating temperatures will vary depending on different factors like brand, type, and even whether or not insulin is in use or not.

An opened disposable insulin pen will last for only four weeks maximum regardless of the temperature it is stored in. So, it’s important to remember that merely refrigerating will not make insulin more effective or last longer.

When it comes to types, it’s said that rapid-acting insulins spoil faster than the regular insulins. For example, rapid-acting insulin, like Humalog and Novolog spoil more quickly than regular and NPH insulins. It’s always recommended to keep these insulins under refrigeration from the start or as early as possible.  As always, if in any doubt, consult your doctor.

In contrast to this, opened vials of insulin detemir (Levemir) are stable for up to 42 days at the above-recommended temperature conditions.

One common thing to remember when refrigerating any insulin types or brands is that they should not be allowed to freeze. But if it’s frozen, you should read our article about Frozen Medications and consider the following.

How to Deal With Frozen Insulin

Insulin usually freezes only if there is extremely cold weather outside or if you got the supplies on a cold day and it stayed out for a while, or if you leave it in the car under the A/C.

According to research conducted by the European Association for the Study of Diabetes meeting in Berlin, it was reported that home refrigerators might experience unexpected temperature fluctuations. So, when refrigerating your insulin, make sure your refrigerator maintains a constant temperature that doesn’t go below the freezing point at any time.

For this, you should look at keeping a thermometer in the fridge and check for a stable temperature of 39° F (or 4° C).

If, at any point, you end up with frozen insulin, do not use it. Firstly, you won’t be able to inject the insulin if it’s frozen. Secondly, don’t try to use insulin even after thawing.

This is because freezing temperature (above the recommended refrigerating temperature) will break down the insulin. So the insulin will not work well in reducing your blood sugar levels. So discard frozen insulin and replace it with fresh supplies. If you’re struggling to afford your insulin, then we can assist. Find out more information on that here.

How It Feels When Taking Refrigerated Insulin

So, to help make taking insulin more comfortable, the general recommendation is that you keep any refrigerated insulin you’re going to use outside for a few minutes before you take it.

While this might be an issue in more remote areas, one tip is to put the insulin vial in a plastic bag, tie a rubber band around it and insert it in an earthen pot or a wide-mouthed bottle filled with water. Take the vial out and keep at room temperature, at least 30 minutes before use.

As always, these are guidelines only. If you’re in any doubt, then consult your doctor or the manufacturer for advice. However, we hope this has been useful for you.

If you’re having trouble affording any of the medications you’ve been prescribed, contact us, or visit the enrollment page to create an account and fill out an application to start saving.