Home » Diabetes » Gestational Diabetes – What Is It, Symptoms, Risks, Prevention

Gestational Diabetes – What Is It, Symptoms, Risks, Prevention

Gestational diabetes is a type of diabetes that affects women during pregnancy. About 10% of pregnancies in the United States are impacted by gestational diabetes every year. However, there are ways to treat this condition without it severely affecting your or your child.

In this article, we will discuss everything around gestational diabetes, including causes, symptoms, and how it may affect both you and your child. Here is a basic summary before getting into more detail.

Gestational Diabetes: The exact cause of gestational diabetes is not fully known. However, the hormones in the placenta may cause the insulin of the mother not to work as effectively. This results in insulin resistance. Women carrying excess weight before pregnancy may also have a role in causing gestational diabetes.

Now that you have a basic understanding of this condition, here is everything that you should know. 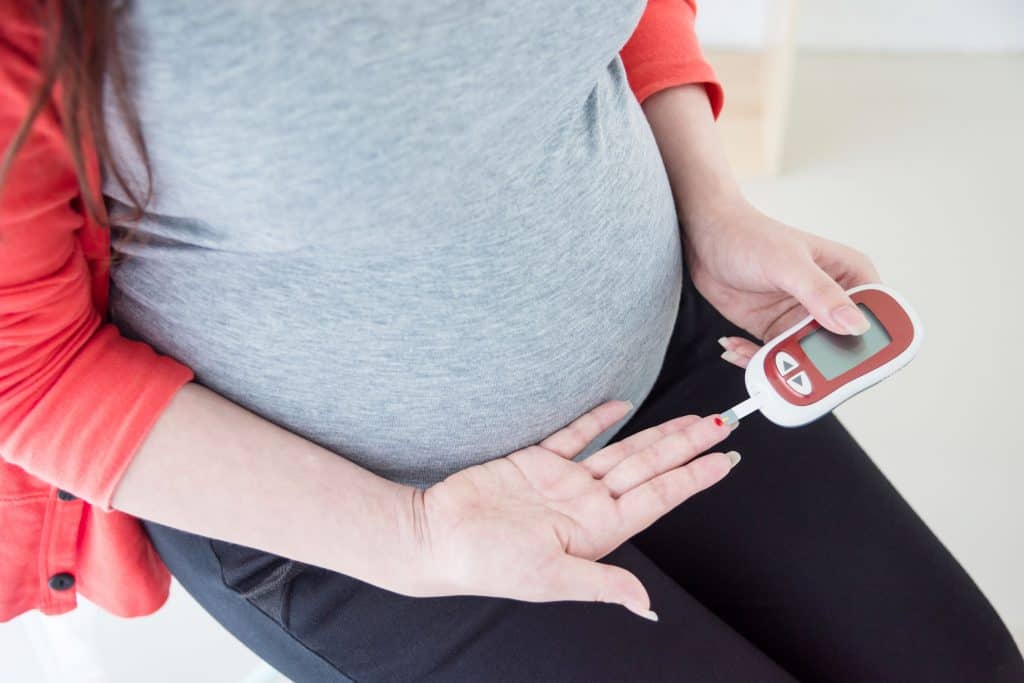 Gestational diabetes mellitus is a type of diabetes that is diagnosed during the second and third trimester. This is not a form of type 1 or type 2 diabetes. Therefore, pregnant women are recommended to get tested for diabetes during the first trimester to rule out the potential of a preexisting condition.

A woman’s body goes through many changes during pregnancy, including hormonal changes. This is thought to be one of the main causes of gestational diabetes.

It is natural for a pregnant woman’s body to become slightly resistant to insulin. This is to allow more nutrients to be supplied to the fetus. In response, the body will start to produce more insulin. However, some women may have insufficient insulin levels or too much resistance to insulin, leading to uncontrolled blood sugar levels.

How is Gestational Diabetes Diagnosed

The American Diabetes Association recommends that all pregnant women without type 1 or type 2 diabetes should be screened for gestational diabetes between 24-28 weeks.

One screening process for gestational diabetes includes an oral glucose test. This means that the patient fasts for 8 hours before receiving a glucose drink to be consumed. The blood glucose levels are measured before administering the glucose drink and at one and two hours after administering the glucose. If blood glucose levels exceed the threshold measurements, then gestational diabetes may be diagnosed. The threshold levels are as follows:

Signs and symptoms of gestational diabetes include:

These symptoms are also common among other types of diabetes. Pregnant women may also experience similar signs without having diabetes, such as nausea.

It is important to note that women may not notice symptoms of gestational diabetes. They may be subtle, depending on how uncontrolled blood sugar levels are. Therefore, doctors suggest that pregnant women get tested and screened for gestational diabetes, regardless of whether or not symptoms are present.

Gestational diabetes is caused mostly by changes in hormones during pregnancy, resulting in insulin resistance. This means there may be an imbalance of insulin and other hormones that can trigger a glucose response.

Hormones that can be more prevalent in pregnant women and can trigger a glucose response include:

These hormones can either cause insulin to be less effective or can override the production of insulin. The result is elevated blood sugar levels. 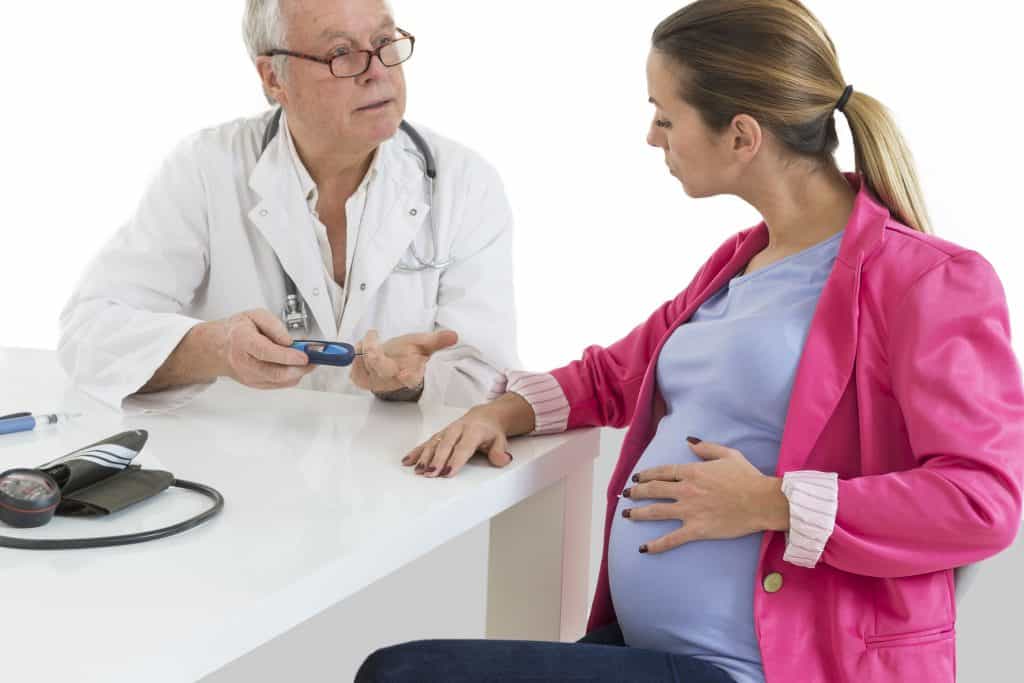 Women that are overweight heading into a pregnancy may be more likely to develop gestational diabetes. This is because excess weight, especially around the midsection, can increase a person’s risk of developing insulin resistance.

Lifestyle factors may increase your risk of developing gestational diabetes. This may include the type of foods one is eating the amount of exercise one is getting. Exercise can improve a person’s insulin sensitivity and help reduce blood sugar levels. Maintaining a healthy diet can also reduce one’s likelihood of developing insulin resistance.

How Gestational Diabetes Affects Your Baby

According to the CDC, the main problem with having gestational diabetes is having a large baby. The main cause of the baby growing larger than normal is because the glucose build-up in the mother’s blood passes through the placenta and to the baby. Therefore, the baby is receiving more energy than it needs, causing the baby to store the extra energy as fat. These children have an increased risk of obesity and having type 2 diabetes later in life.

Having a large baby can cause complications during birth, and typically, the mother will need a C-section to give birth.

Babies born of a mother that has gestational diabetes may have increased insulin levels. This increases the risk of the baby having low blood sugar shortly after birth. This can be life-threatening in severe cases and has the potential to cause a seizure in the child. An I.V of glucose may be needed to treat low blood sugar in a baby.

In worse cases where gestational diabetes is not treated, then it can lead to stillbirth where you child dies before birth or shortly after.

How Gestational Diabetes Affects You

As mentioned above, having gestational diabetes increases your risk of having to have a C-section. It may take longer for you to recover after having a C-section.

Women that have gestational diabetes do have an increased risk of developing type 2 diabetes later in life. You are also more likely to get it again if you become pregnant again.

To prevent gestational diabetes, a woman should try losing weight before becoming pregnant if they are overweight. A major cause of insulin resistance and type 2 diabetes is obesity.

Once you become pregnant, it becomes much more difficult to lose weight for many reasons. So, being proactive is crucial for preventing gestational diabetes. You can lose weight by exercising regularly and staying on a healthy diet. Talk to your doctor about a healthy weight goal you should reach before getting pregnant.

Another step in treating your condition is following a healthy eating plan. Your doctor will help you create a diet you should follow to ensure your blood sugar levels do not spike too high after eating but still provide you with all the necessary nutrients.

Exercising during pregnancy to treat gestational diabetes will also prove to beneficial in helping you treat the condition. Exercise should be moderately intense to help improve insulin sensitivity. Your doctor will help you determine which exercises are safe and effective for you and your baby.

We hope this has given you a greater understanding of gestational diabetes and the risks it poses to both the mother and child.

If you are struggling to afford your insulin or any other medication, then Prescription Hope may be able to help. The team here works directly with over 180 pharmaceutical manufacturers to provide individuals with their medication needs at a set, affordable cost. Enroll with us and pay just $50 a month for each medication.