Patients often compare medication brands and types to make sure they’re getting the most out of their medication options. Adderall vs Vyvanse is one such example.

Some try to understand the differences between these medications in terms of side effects, interactions, cost, and much more. While comparing medications is common among many patients, comparing controlled drugs needs careful understanding.

This article will provide you with a clearer understanding between the controlled medication Adderall vs Vyvanse.

Adderall vs Vyvanse? Adderall and Vyvanse are used for treating ADHD, but Vyvanse can also be used for binge eating disorders. Both primarily work the same by producing “dopamine,” but Vyvanse lasts longer than Adderall. They are equally effective with similar side effects. Vyvanse is taken once and Adderall 2-3 times a day.

Now that you have the short answer let’s look at the subtle differences between them, particularly if you’re considering switching from Adderall to Vyvanse or vice versa. Let’s start with an overview of what these drugs are and what they’re intended for.

What Are the Drugs – Adderall vs Vyvanse? 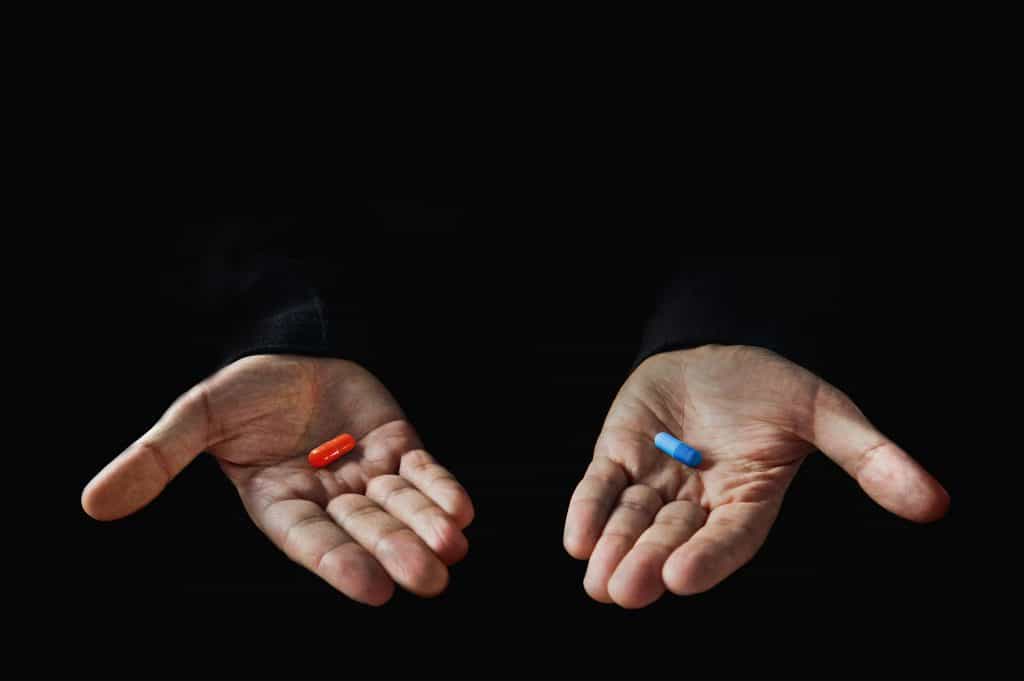 Adderall is used as part of a total treatment program. This complete treatment program can also sometimes include counseling and other therapies. It’s approved to be used in children above the age of three.

Vyvanse, on the other hand, is used for the treatment of both ADHD and binge eating disorders. Vyvanse also earns a reputation for weight loss and treating obesity. But it’s not known if it’s safe and effective to use Vyvanse for obesity.

Adderall vs Vyvanse – How They Both Work

Both Adderall and Vyvanse are primarily used for treating ADHD. How they work is pretty much the same, but with some subtle differences. The primary way the drugs work is triggering the central nervous system to produce a neurochemical called dopamine.

While it’s not clearly known what causes ADHD, it’s believed that insufficient dopamine could be one of the reasons for causing ADHD.

As ADHD is a condition that causes an inability to focus, concentrate, or be attentive for reasonable periods, dopamine is a hormone that controls the brain’s ability to focus. So, what both Adderall and Vyvanse do is increase the dopamine levels in ADHD patients to healthy levels.

Apart from these functions, both Adderall and Vyvanse act as vasoconstrictors. This is where both these medications narrow the blood vessels, which reduces the blood flow.

When the blood flow reduces, the blood supplied to the overactive regions of the brain is reduced. This then allows the brain to stabilize and cooperate properly with the other parts of the brain at healthy and stable levels.

Both Adderall and Vyvanse work the same because they are both stimulants and are derivatives of amphetamines. This is also why both these medications are controlled substances – they both have the potential to cause addiction and withdrawal symptoms.

Because of this difference – and time taken for conversion in how Vyvanse works – they make the side effects of Vyvanse less potent (although the side effects are the same for both Adderall and Vyvanse).

Which Lasts Longer – Adderall vs Vyvanse

Adderall comes in two forms. The first is an immediate-release tablet. The other form is an extended-release capsule (Adderall XR). Here’s how to get prescribed Adderall.

In the original form, the medications last up to 4 hours in the body. Whereas, in the long-acting form (Adderall XR), the medication lasts up to 8 to 12 hours. Here’s how to make Adderall last longer. In the longer-acting form, the length of action is longer because the capsule contains two drug-containing beads.

However, sometimes even people who take Adderall XR (extended-release) feel the need to take a short-acting dose at the end to extend the effect of controlling ADHD symptoms.

Vyvanse comes as both capsules and chewable tablets. Vyvanse also has an additional compound called Lysine.

So, when taking Vyvanse, the body has to absorb the Lysine to get to the stimulant, making the absorption process slower. This also makes Vyvanse last for around 14 hours. But there are ways to make Vyvanse last even longer.

So, in comparison, Vyvanse has a longer length of action than Adderall and even Adderall XR (The extended-release version of Adderall).

Side Effects of Adderall vs Vyvanse

Serious side effects of Adderall include:

The most common side effects of both Vyvanse and Adderall include:

Effectiveness of Adderall vs Vyvanse

Unfortunately, there is no definitive answer as to which one is most effective. However, when observing the effect of these drugs in a group of children, based on their behavior in a classroom, both these drugs proved to be equally effective.

This means that both Adderall and Vyvanse users were able to have control over their attention and focus. Even the side effects were similar. Similar results were seen in trials conducted using adults having ADHD. 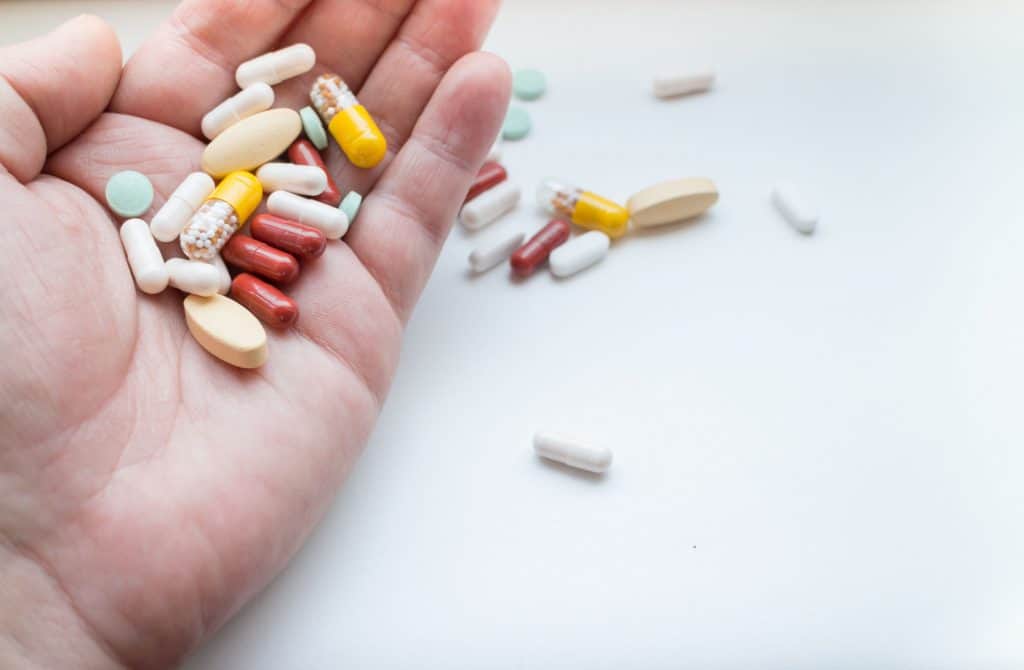 Some studies were conducted in comparing Vyvanse and Adderall with other ADHD medications and confirmed that both Adderall and Vyvanse improve various symptoms of ADHD. According to various research, there is no conclusive evidence suggesting that one medication is more effective than the other.

However, we should mention that according to the length of action, Vyvanse works longer than Adderall.

Some patients find one to be more effective over the other because of how medications work in a person and how it differs according to several factors, including other medical conditions a person may have.

A patient’s healthcare professional is better able to advise on what exactly will suit their ADHD medical condition along with a person’s body, system, and other factors being taken into account.

How to Take Adderall vs Vyvanse

Adderall is taken two to three times a day, depending on one’s ADHD condition. The first dose is taken in the morning, and each dose should be taken 4-6 hours apart. Adderall can be taken with or without food.

Vyvanse is taken once in the morning. And even Vyvanse can be taken with or without food. Your healthcare provider will regularly monitor these doses, and they will likely be adjusted accordingly.

The treatment using these medications may be stopped if a problem is found during any subsequent checkup, regardless of whether it’s Adderall or Vyvanse.

Adderall comes in either tablet or capsule form, depending on which form your doctor suggests is right for you. Vyvanse comes in both capsule and chewable tablets.

Adderall and the capsule form of Vyvanse have to be swallowed whole. If one faces difficulties in swallowing, open up the capsule and pour all the powder into either water, yogurt, or orange juice, and take them that way. Make sure to use a spoon to get all the powder, so you get the proper intended dose of the medication.

If you mix the capsule contents into juice or food, do not store these substances for later use. Consume all of the food or juice you’ve mixed the powder into. Vyvanse, with its chewable tablet form, has to be chewed completely before swallowing.

We hope this has been useful in understanding more about Adderall vs Vyvanse, the pros and cons, dosages, duration, benefits, and side effects. If you’re in any doubt, always consult your doctor or medical practitioner before taking any action.

If you are having trouble affording your prescription medications, then Prescription Hope may be able to help. The team here works with 180 pharmaceutical manufacturers to help patients receive their medication at a set, affordable cost. Enroll with us and pay just $50 a month for each of your medications.