Home » Diabetes » What is the Somogyi Effect? Symptoms, Causes and Prevention

What is the Somogyi Effect? Symptoms, Causes and Prevention

Those suffering from diabetes may experience blood sugar levels that are out of their target range, yet they don’t understand why. For example, you may wake up in the morning with elevated blood sugar, but when you went to bed, your blood sugar was normal. So, what happened? This may be the result of the Somogyi effect.

What is the Somogyi Effect? The Somogyi effect is named after Michael Somogyi, who was considered an expert in diabetes and gave the first insulin treatment to a child during 1922 in the U.S. When blood sugar levels become low, hormones will kick in that raise your blood sugar. The rebound of blood sugar can leave a person with diabetes with hyperglycemia. This event is known as the Somogyi effect.

This phenomenon can be a complex one, so this post will work through those complexities and simplify what the Somogyi effect is and who it affects.

What is the Somogyi Effect? 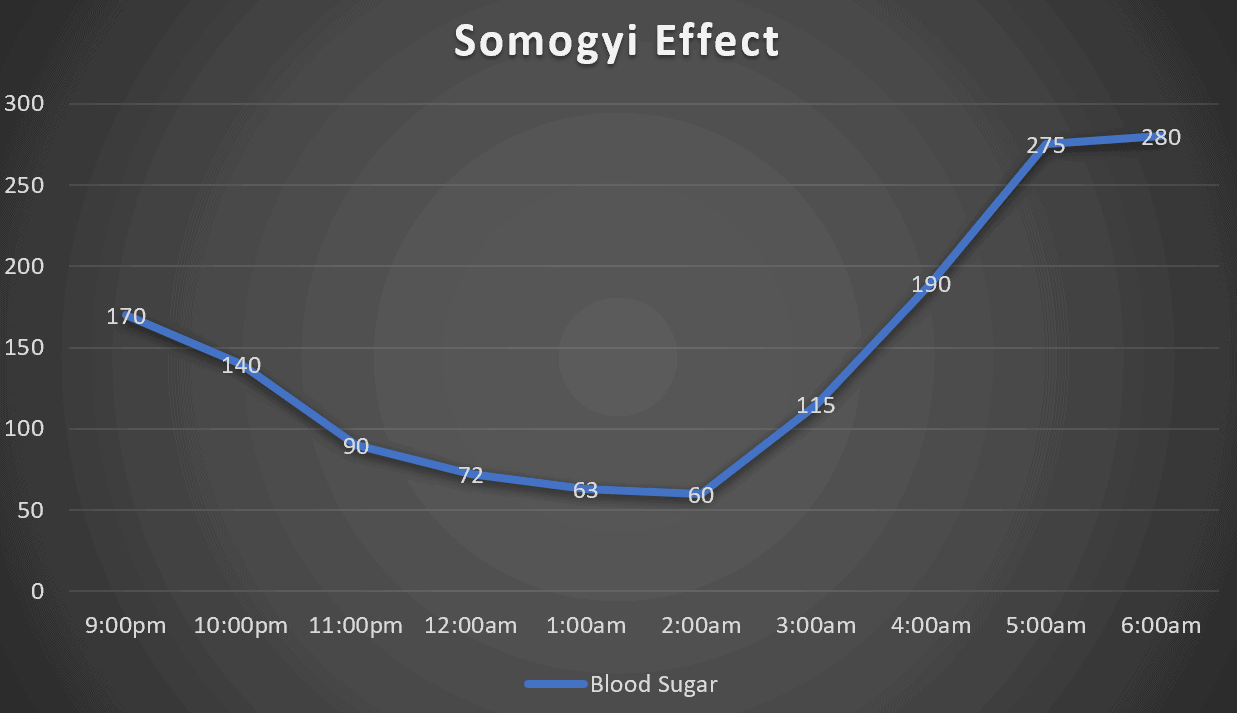 The Somogyi effect may also be called “chronic Somogyi rebound” or “rebound hyperglycemia.”

The Somogyi effect is when either an excess of insulin or lack of carbohydrates causes blood glucose levels to drop, causing hypoglycemia. This occurs during the night when the individual is sleeping, typically around 2 or 3 in the morning. When your body experiences hypoglycemia, you have other organs that kick in and start releasing different hormones in order to raise glucose levels.

These hormones are often referred to as “stress-hormones,” and consist of epinephrine, cortisol, and growth hormone. The hormones are released from the pituitary (part of the brain) and adrenal glands. Your liver then processes these hormones and produces glucose to be released into the bloodstream.

On top of this, the individual experiencing hypoglycemia will have a variety of symptoms that can make the individual feel miserable. Therefore, intaking carbohydrates via food or juice becomes a reasonable step of action. This, combined with the release of stress-hormones from organs, can cause a spike in blood glucose levels, causing hyperglycemia. This produces a trend in your glucose that starts with a gradual decline, followed by a sharp spike in levels. This trend is the Somogyi effect.

This phenomenon affects those who have diabetes, especially those with type 1 diabetes. If you have type 2 diabetes and are insulin-dependent, then there is a chance that you could be affected. This is due to it not being a normal event such as the dawn phenomenon (this will briefly be explained farther down), but rather the mismanagement of diabetes.

One of two things can cause you to suffer from this event. The first is taking too much insulin at night. So, if you are eating dinner or having a dessert, be very cautious with how much insulin you are taking. Count your carbs and follow the insulin to carb ratio prescribed by your doctor.

The second is if you have gone without eating for a while and do not have some sort of nutritional intake before heading to bed. This has the potential to lead to lower glucose levels, which in turn can trigger the Somogyi effect.

Symptoms of the Somogyi Effect 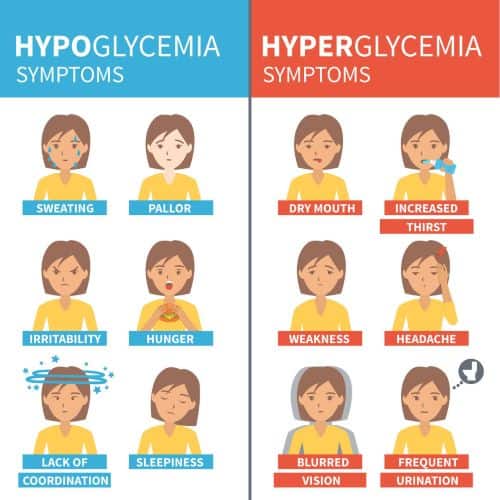 If you are waking up with high blood sugar in the morning, then consider these symptoms. You may not experience all of them, but experiencing a few could mean that you are suffering from the Somogyi effect.

How to Prevent and Treat the Somogyi Effect?

The simple answer to this is to become an expert on your personal diabetes management. This means knowing how certain foods and drinks affect your blood sugars, as well as becoming aware of any trends you see with your blood sugar readings. Such as, are you noticing that your glucose levels are high or low before you go to bed? Are your glucose levels typically high in the morning and difficult to bring back down to normal? Are you experiencing low blood sugar symptoms during the night? Knowing these aspects of your diabetes management is crucial for you to prevent the Somogyi effect, as well as just feel better all around. Discuss these trends with your doctor and what steps should be taken.

The first step in preventing this event is to monitor blood sugar often. If you are using a CGM (Continuous Glucose Monitor), then this will make life a little easier for you. A CGM will monitor your glucose throughout the night, so you can see what your glucose trend looks like throughout the entire day. Some CGM’s will even send notifications to your device to warn you of high or low glucose. If you monitor your glucose through finger sticks, then it is recommended that you check around 8-10 times daily. This may even mean setting an alarm around 2 a.m to check your glucose to prevent severe low or high glucose readings.

If you are suffering from the Somogyi effect often, then you may want to try having a light snack before going to bed. You want to check your blood sugar before doing this. If your glucose is on the lower end of your target range, then having a light snack such as a serving of nuts, a few crackers, or a serving of peanut butter could prove to be beneficial. A serving of fruit is always a viable option also. Regardless, what you are eating should be low in carbs and high in protein and fiber.

The dawn phenomenon, as mentioned above, is naturally occurring. Meaning, this takes place within everyone, not just diabetics. However, those with diabetes are the ones that will notice it and may have to take action to prevent it.

Essentially, what takes place with the dawn phenomenon, is your body is trying to wake you up and get you ready for the day. With this event, your body is doing a similar thing where it is releasing those “stress-hormones,” but for a different reason. Cortisol levels start to spike in the early morning to prepare you for the morning. The cortisol signals the liver to start releasing glucose to give the body energy.

Those without diabetes don’t have a problem with this, because their pancreas will sense the glucose being produced by the liver and begin releasing insulin to transport the glucose to the muscle and fat cells throughout the body. Thus, giving you the energy to get up.

Those who have diabetes either lack the production of insulin or the cells don’t respond to insulin. Therefore, the glucose being produced by the liver remains in the bloodstream, and the body is unable to use it for energy. Thus, leaving you with a high glucose reading in the morning.

We hope this has given you a greater understanding of the Somogyi effect. If you are waking up in the middle of the night with low blood sugars or continually experiencing high blood sugars in the morning, then consult your doctor. Discuss what course of action needs to be taken to prevent these events that could be detrimental to your health.

If you are having trouble affording your prescription medications, then contact Prescription Hope. We work with 180 pharmaceutical companies to help individuals receive their medications at a set, affordable cost. Enroll with us and pay just $50 a month for each medication.

What is the Somogyi effect?

The Somogyi effect or phenomenon is the concept of when insulin lowers your blood sugar below the normal range, hormones are triggered to be released, which results in blood sugar levels rebounding high.

What is the dawn phenomenon?

The dawn phenomenon is described as the increase in blood sugar levels during the early morning hours due to the release of hormones, such as cortisol.