What is an Artificial Pancreas – Who Makes it and the Cost

An artificial pancreas may sound fancier than what it really is, but it can be extremely helpful for those with type 1 diabetes.

In this article, we will cover how the artificial pancreas mimics the actual pancreas, who makes these systems, and how much they cost.

Before we dive in too much, here’s a quick overview: An artificial pancreas may also be called a bionic pancreas, closed-loop insulin pump, or an automated insulin delivery system. There are a few major companies developing and perfecting the system. Those with type 1 diabetes can use an artificial pancreas to better control glucose levels and worry less.

First, we must cover what the pancreas is and how it works before understanding the details of an artificial pancreas.

How the Pancreas Works 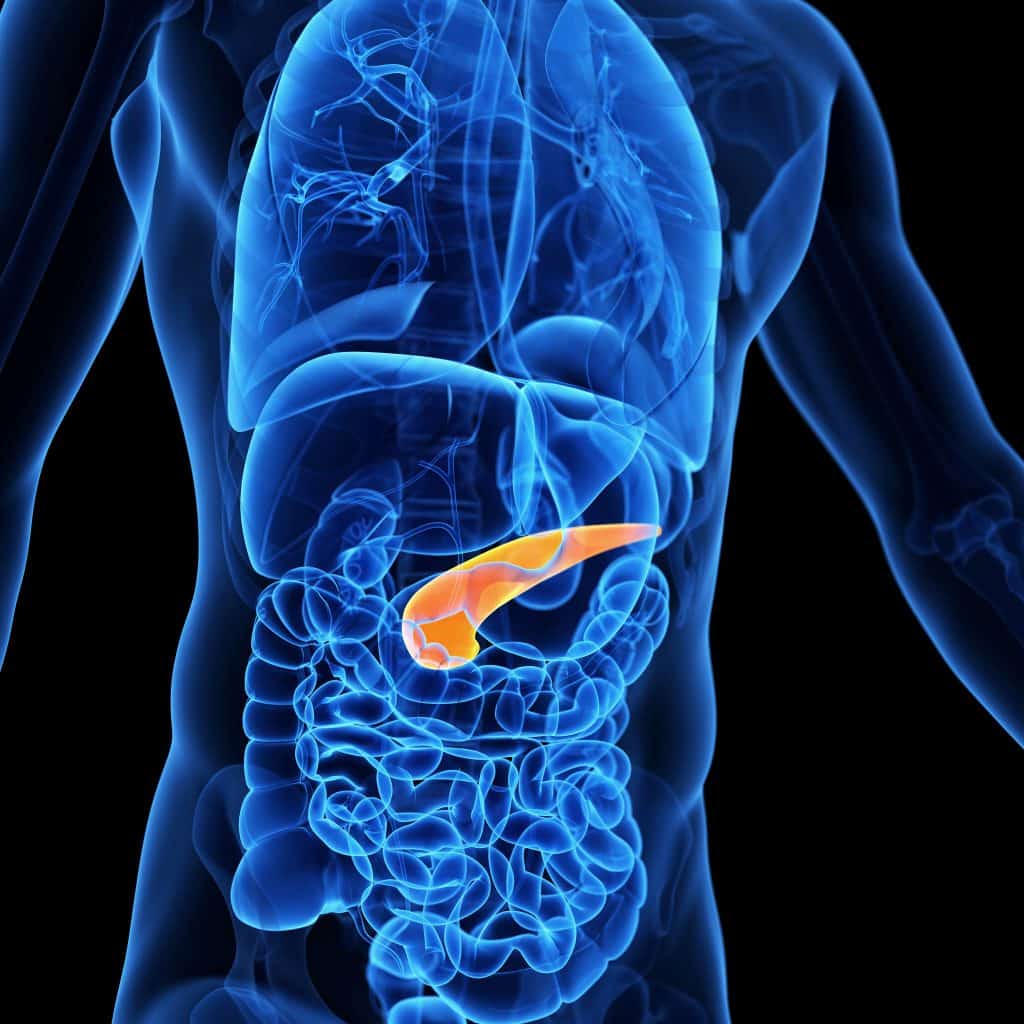 The pancreas is an organ, about 6-8 inches long, located in the abdomen area. It is part of the endocrine and exocrine systems and plays a significant role in aiding in digesting food.

Essentially, the exocrine system is responsible for producing enzymes that carry substances outside the body. This system is crucial for helping digest and breakdown foods.

The pancreas has more than just one responsible when it comes to the exocrine system. The first being the production of bicarbonate. The bicarbonate secretion aids in removing stomach acid, which is vital for the digestive process.

The pancreas will also produce a few different enzymes, with each having its own job.

Now that we’ve covered the role of the pancreas within the exocrine system let’s get into the endocrine system.

When you eat, your blood sugar will begin to rise. A working and healthy pancreas will sense this rise in glucose and begin releasing insulin into the bloodstream. Insulin is what transports the glucose into cells. Some cells will use this for energy, and other cells will store the glucose.

Glucagon is the hormone that triggers your liver to produce glucose. When glucagon kicks in, your liver will take stored glycogen and turn it into glucose to be released into the bloodstream. The pancreas releases glucagon when it senses your blood sugar getting below the normal level.

Now that you understand the functions of the pancreas, it’s time to discuss how an artificial pancreas can works.

How the Artificial Pancreas Imitates the Real Thing

When you first hear “artificial pancreas” or “bionic pancreas,” you might be thinking of some 3D printed device that gets implanted into your body. That may become something in the future, but that’s not exactly what we are talking about here. As mentioned at the beginning of this article, an artificial pancreas can also be called a closed-loop system. 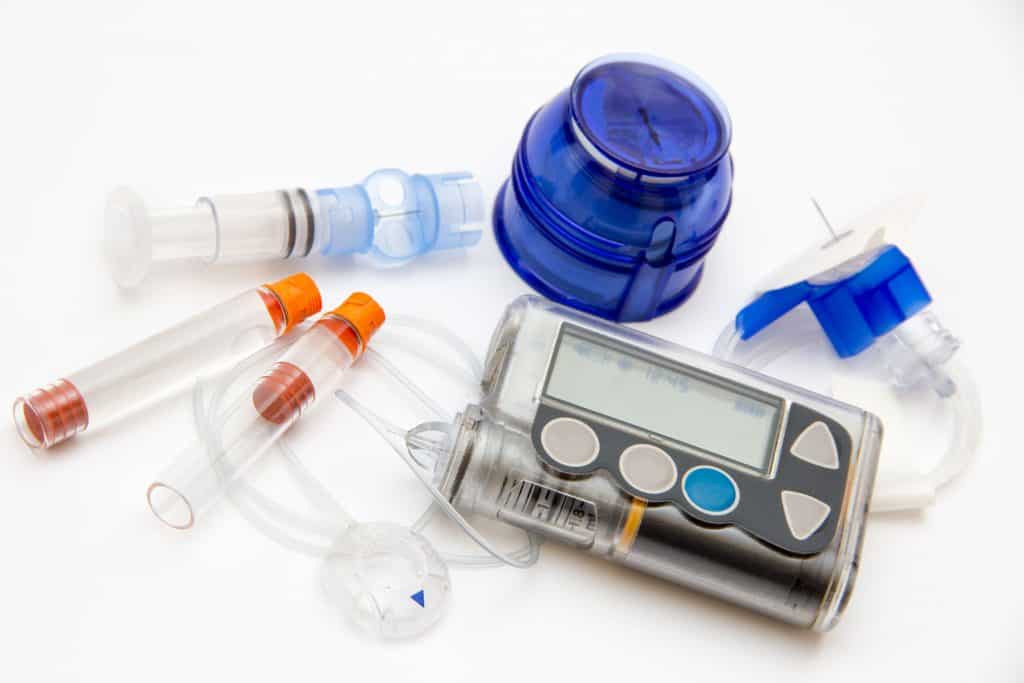 This sort of technology consists of a continuous glucose monitor (CGM), an insulin pump, and a transmitter. The devices included and what’s exactly needed will depend on which brand you choose to go with. But the main idea here is that the CGM and insulin pump communicate with each other via the transmitter.

Typically, a person with diabetes would have to prick their finger to read their blood sugar multiple times a day. They would then have to calculate how much insulin is needed for a meal or a correction. The insulin will then be delivered via a syringe, insulin pen, or insulin pump if they have one.

Needless to say, this can be a very tedious and frustrating process. Not only that, but this process leaves more room for error, which can be extremely dangerous.

The artificial pancreas streamlines the insulin delivery process for the person with diabetes. This allows the individual to worry less and live a healthier lifestyle.

Who Manufactures an Artificial Pancreas

There are a few major manufacturers that have an artificial pancreas, or a closed-loop insulin pump, out currently. The makers of these products are continually seeking new ways to innovate and improve their products. So, keep in mind that as time goes on, new companies may enter this space and technologies will improve.

Medtronic is one of the first companies to produce an automated insulin delivery system. In 2016 Medtronic received approval from the FDA for its closed-loop insulin pump called MiniMed 670G.

The current continuous glucose sensor that is used for the closed-loop system is known as the Guardian 3. As of right now, the sensor has to be used along with finger sticks to ensure accuracy. However, Medtronic is looking to get approval from the FDA for non-adjunctive labeling, which would make the sensor available to those with Medicare. What this means is that the sensor would be approved to be used alone and without finger sticks.

The Dexcom CGM has been proven to read blood sugar levels accurately and works to predict blood sugar levels up to 30 minutes ahead of time. This allows the insulin delivery system to make adjustments and calculations, thus preventing hyper and hypoglycemia.

This system has been approved by the FDA in 2019 and has started shipping throughout the U.S as of late January 2020.

Another positive with the Tandem artificial pancreas is that it allows the user to override the system and manual deliver insulin.

Insulet Corporation is the manufacturer of the popular tubeless insulin pump known as Omnipod. Though the Omnipod is tubeless, it does need to be changed every three days.

Insulet is working on an artificial pancreas system that will utilize the Omnipod insulin pump as well as the Dexcom CGM. They will also use an algorithm, created by Mode AGC (Automated Glucose Control LLC), in the system to help calculate insulin delivery. The system will be called Omnipod Horizon.

This artificial pancreas underwent an early-stage study between 2016 and 2017. A secondary study to determine accuracy and performance was done in early 2019. Insulet Corporation has not stated a release date for this system.

Future of the Artificial Pancreas 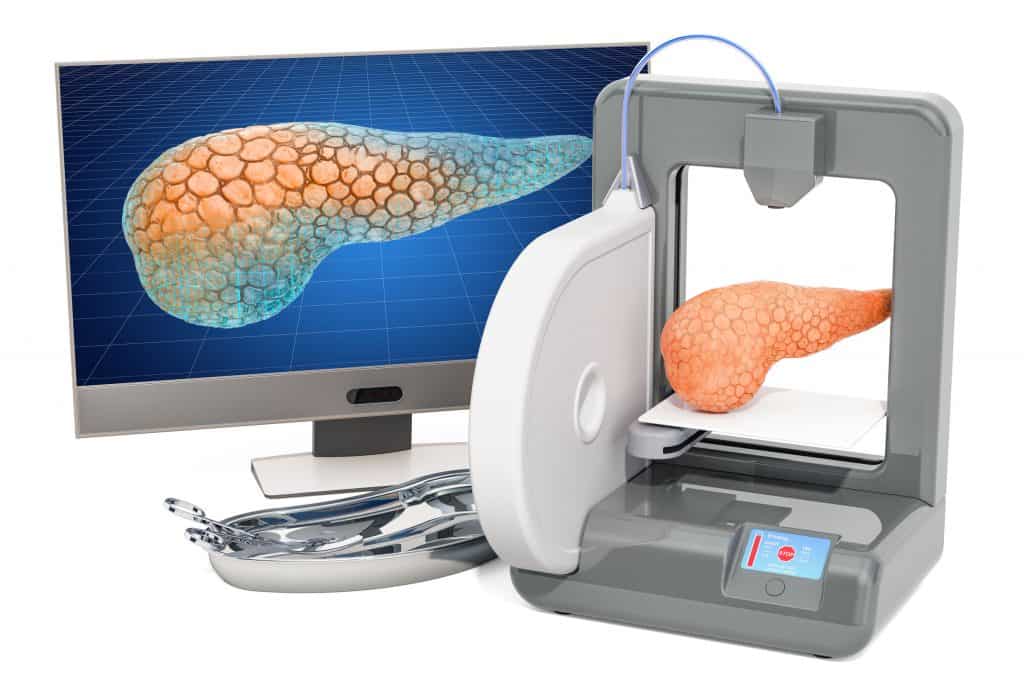 With advances in technology happening so rapidly, only time will tell where the future of diabetic therapies lay.

3D printing has entered the medical field in recent years and is beginning to make a significant impact. One of the medical 3D printers uses “bio-ink” to print these 3D organoids. It works by layering living cells on top of each other.

Medical 3D printing is expected to be a multibillion-dollar industry in the year 2025. Therefore, multiple companies will be trying to enter this market space in the coming years. With that being said, it may only be a matter of time before a company creates a therapy to treat diabetes using 3D printers.

Advances in artificial intelligence (AI) will also aide in developing new and improved therapies for those with diabetes. AI will help in predicting trends in blood sugar, which will aid in preventing extreme low and high blood sugar levels.

Advancements of AI may also be used to predict who is at risk for diabetes. Catching symptoms early enough and determining treatment options will be extremely beneficial in keeping an individual healthy.

Beta Bionics Inc. is a company that has been working on a “bionic pancreas” called iLet that would act as an artificial pancreas. The bionic pancreas would give individuals freedom, as it would only require the patient’s weight to determine insulin calculations.

This system would be different than others, as it would have the capability to pump both insulin and glucagon. Both hormones are crucial for helping those with diabetes live healthier lives. This means that the iLet bionic pancreas would aid in preventing low blood sugars with the use of glucagon.

Bigfoot Biomedical and EOFlow are other companies to look out for within this market.

The production of an automated insulin delivery system has been life-changing for those with diabetes. The hope is that with advances in technology, a cure for diabetes will be developed. If you or someone you know is contending with diabetes, then it may be beneficial to look into getting a closed-loop system to help control blood sugar levels.

An artificial pancreas cost will vary from individual to individual, as it depends on the type of insurance one has. However, there have been estimates made for what it would cost to get one of these closed-loop insulin pumps.

For an artificial pancreas from Medtronic, you may expect to pay somewhere in the range of 5,000-8,000 dollars. The price may go up from there depending on how many glucose sensors the individual goes through in a year.

Keep in mind that with these systems, insulin is still needed. The system does not come with insulin. Needless to say, proper management of diabetes is pricey and burdensome.

This is why Prescription Hope exists. Get your insulin for a set, affordable costs every month.

We hope that this information has given you greater insight into therapies for those contending with diabetes. Diabetes can be a relentless illness that places a financial burden on the individual and families.

Prescription Hope can help you afford your insulin or other medication for a set costs of $50 a month for each medication. Enroll with us to determine if you are eligible.

What is the difference between an artificial pancreas and insulin pump?

An insulin pump only delivers insulin through a preset basal rate and with a manually calculated bolus. Whereas, an artificial pancreas works with a continuous glucose monitor to determine how much insulin a patient needs, creating a closed-loop system.