Anxiety and depression are common disorders in today’s high-pressure society. However, there is still a stigma surrounding mental health issues. This often stems from a lack of understanding and knowledge.

Depression and anxiety affect people from all walks of life. All ethnicities, genders, and economic statuses are susceptible to these disorders. Sadly, these disorders often go untreated.

Today we will be looking at three ways to treat anxiety and depression. Often, the best treatment involves all three areas. These areas are:

First, let’s take a look at what depression and anxiety are, and common symptoms associated with them. 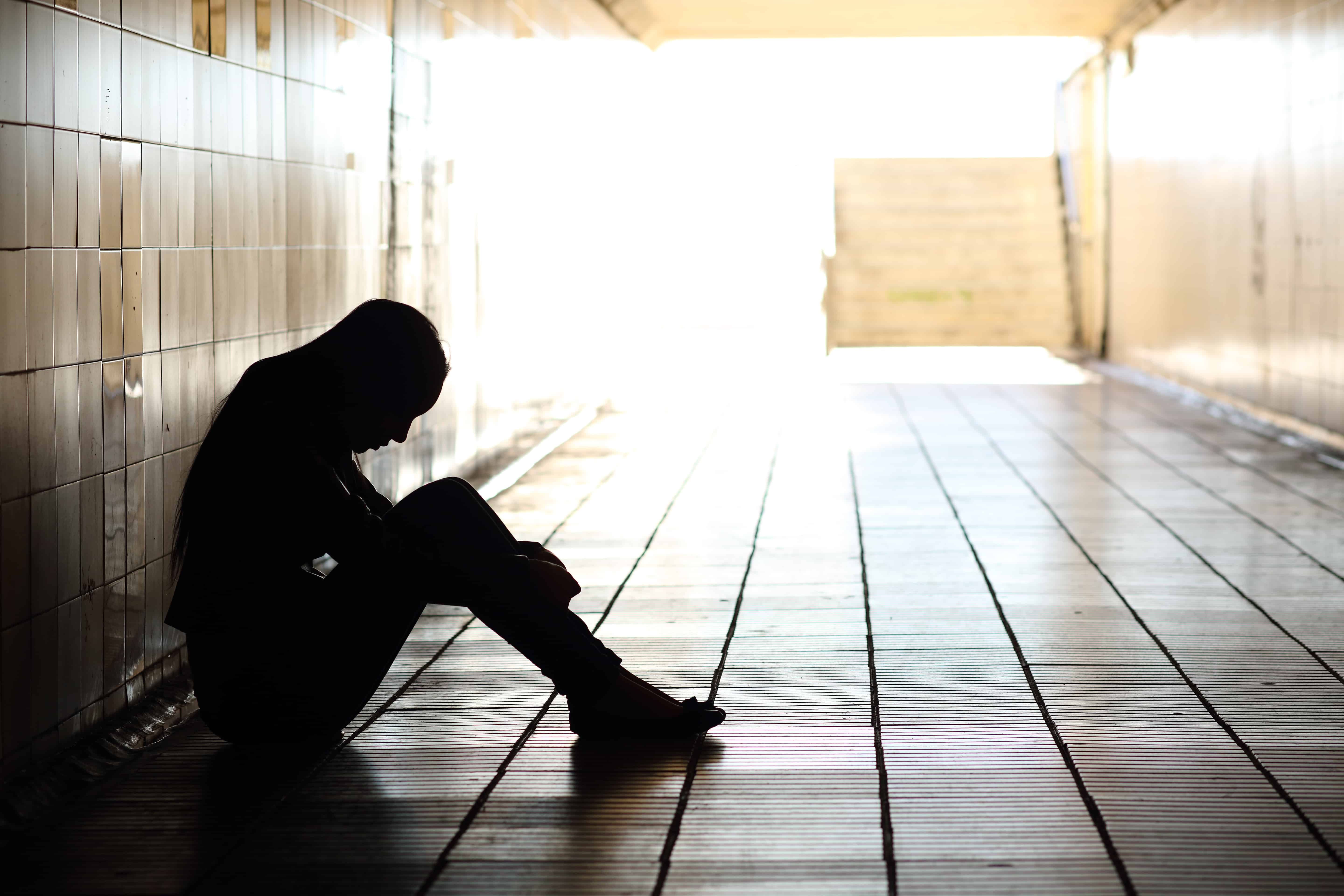 Everyone has instances of sadness and low mood. However, when these feelings linger it can indicate depression. For many people, depression is more the loss of emotion than a strong negative emotion. They feel apathetic, neither happy or sad.

Losing interest in activities that were once enjoyable is common as well. Hobbies that used to bring joy are no longer as fun as they once were. Loss of energy and motivation can play a factor in this as well. Often, a depressed person just doesn’t feel like doing anything.

Depression can also affect your ability to think clearly. People who suffer from depression often experience feelings of guilt or worthlessness. These are often magnified by difficulty concentrating and lack of motivation, creating a downward spiral.

Other factors, including insomnia and lack of appetite, can also contribute to the downward spiral. The good news is that depression can be successfully treated, and the downward spiral can be avoided, or the severity greatly reduced.

Anxiety, fear, and stress are feelings that everyone experiences. However, when these feelings don’t go away, you may have an anxiety disorder. You may find that your reactions are disproportionate to the event.

For example, taking a test that should cause a small amount of stress causes you to lose a night of sleep due to anxiety.

Experts believe that anxiety disorders occur when your fight or flight response is activated even though there is no real threat. Anxiety can make it difficult for you to function normally.

It can cause physical symptoms as well, including:

Anxiety and Depression Together

How Common are Anxiety and Depression?

Anxiety and depression are both common disorders. 15% of people are expected to experience depression within their lifetime, and at least 18% of people struggle with anxiety. Anxiety disorders are the most common mental disorders worldwide. 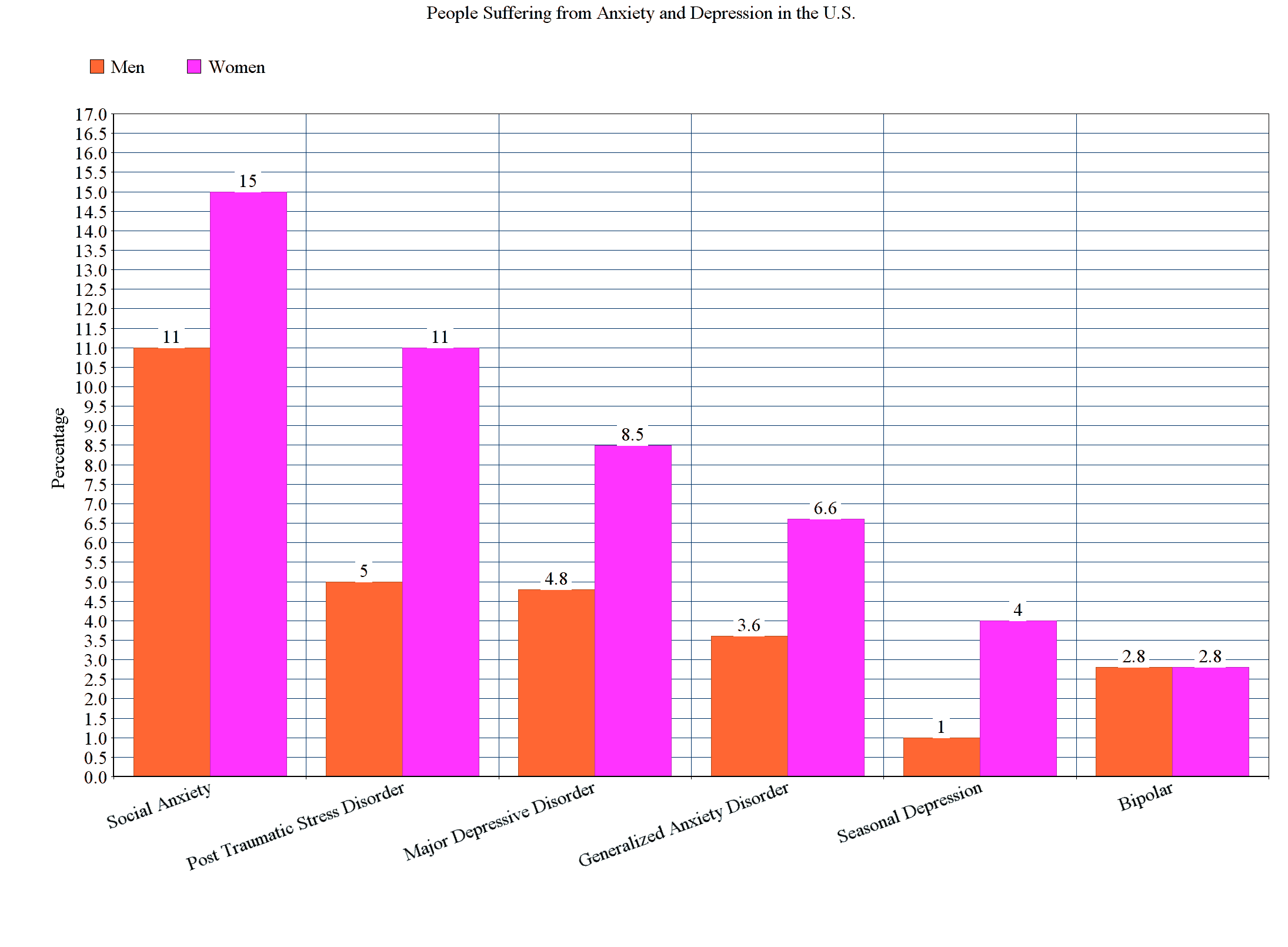 How Common is Treatment for Depression and Anxiety?

Depression and anxiety are highly treatable conditions. However, many people don’t seek out the treatment that they need. Only 36% of those with an anxiety disorder seek treatment, and less than 50% of those with depression receive treatment.

Antidepressants are effective 40-60% of the time in treating depression. It’s recommended to combine antidepressant medication with counseling.

Cognitive Behavioral Therapy is the most commonly used form of therapy for treating depression today. This focuses on replacing negative thoughts and patterns with more positive or useful ones. Group therapy may be helpful as well. This can allow you to learn how others cope with their symptoms and reassure you that you aren’t alone.

Anxiety can also best be treated with a combination of medication and CBT therapy. Medication brings relief for 50% of people with anxiety disorders. CBT brings substantial symptom improvement for 60% of people.

Natural Treatments for Anxiety and Depression

Natural treatments for anxiety and depression fall into two different categories. These are:

There are many individual options within these categories, and most of them can be combined with medication and behavioral therapy.

One reason for this is that exercise releases your brains feel-good chemicals. It also improves blood flow and gives you a sense of accomplishment.

Diet is another important aspect of reducing depression and anxiety symptoms. A diet rich in vegetables, fruits, healthy fats, and fish can improve cognitive performance and give you the nutrients your body needs to function properly. It’s also important to avoid or limit caffeine, sugar, and alcohol, as these can make symptoms worse.

One of the best ways to reduce stress is to do things that you enjoy. Have at least one hobby and make time for it. It’s also important to prioritize your schedule and be comfortable saying no to things you don’t have the time for.

Meditation is a great form of relaxation. In fact, a Study conducted by John’s Hopkins suggested that 30 minutes of mindfulness meditation a day can improve depression symptoms and anxiety.

Another way to relax is to spend time in nature. Studies are showing that spending time in nature, or even looking through a window or at pictures of a nature scene, can reduce stress and anxiety.

Herbal remedies can be helpful for managing symptoms of depression and anxiety. However, some herbs are dangerous when mixed with common medications for anxiety and depression. It is best to talk to your doctor before starting any herbal treatments.

The best herb for depression and anxiety is:

Common herbs for depression are:

Common herbs for anxiety are:

Turmeric is a spice that shown promise as an anti-inflammatory agent. Its active ingredient is curcumin. Studies have shown that turmeric is as effective as the SSRI Prozac for treating depression.

When it comes to anxiety, it’s believed that the anti-inflammatory action keeps the body from being stuck in fight or flight mode. It is most effective for anxiety in those with a chronic stress response.

St. John’s Wort is believed to increase dopamine and serotonin in the brain, similar to prescription anti-depressants. Study results vary, but the consensus is that it works at least as well as anti-depressants for treating mild to moderate depression, with fewer side effects.

30 mg of Saffron has been shown to be as effective as Prozac for treating mild to moderate depression. Saffron is anti-inflammatory as well, so the mechanism of action may be similar to that of turmeric.

The mechanism of action isn’t known for certain, but it is believed that it boosts the number of neurotransmitters in your brain. Sam-e may be particularly effective for those who also suffer from chronic pain and those who anti-depressants alone don’t work well for.

It has been shown to worsen Mania, however, so it should not be used by anyone with bipolar disorder.

Magnolia extract has been shown to be as effective as valium for treating anxiety. It seems to target the same areas of the brain as benzodiazepines, without the side effects. One way it does so is by regulating Gamma-Aminobutyric Acid (GABA) in the brain. GABA promotes relaxation and helps regulate electrical activity in the brain.

The same hops that are used to flavor beer also have well-documented health benefits. Hops are believed to have a mild sedative effect that makes it helpful for treating anxiety disorders. Small studies have confirmed its effectiveness at reducing anxiety. The German Commission E has approved hops for the treatment of restlessness and anxiety disorders.

Hops and Valerian are often used in combination, but they can be effective separately as well. Valerian is known as nature’s valium. Studies conducted on Valerian have been contradictory, with some finding it effective and others finding it no more effective than placebo.

Valerian is worth trying for anxiety, particularly because it combines well with Hops and St. John’s Wort.